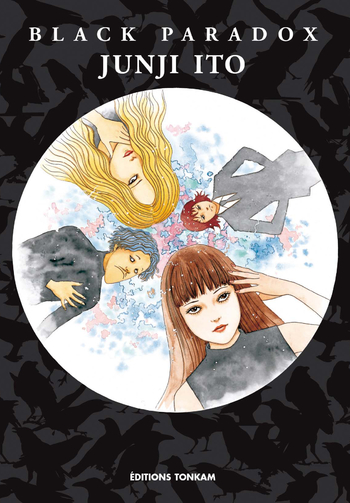 The path to the afterlife may not be death.
Advertisement:

When four individuals, using the pseudonyms "Maruso", "Taburo", "Pii-tan", and "Baracchi" gather to commit suicide after meeting on a website called Black Paradox, they plan to go quickly and painlessly. However their plans seriously derail, as their first trip... isn't assembled properly, and their second attempt accidentally leads to the discovery of a doorway to another world, a world hosting precious stones. These stones are incredibly valuable and strong, and the riches they bring do a lot of good for the four's lives. However, their true nature becomes a pressing issue as more and more doors to the other world start to open and the Black Paradox four are forced to retrieve them...