Literature / The Stars Are Cold Toys 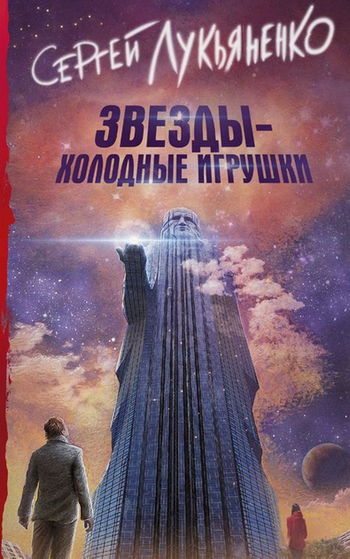 The Stars Are Cold Toys (Звёзды — холодные игрушки, Zviozdy — holodnyie igrushki) is a duology by the famous Russian fantasy and science fiction author Sergey Lukyanenko. This is the author's third Space Opera series and is heavily inspired by the Strugatsky Brothers' Noon Universe. The duology consists of the novels The Stars Are Cold Toys and Star Shadow (Звёздная тень, Zviozdnaya ten') with the second novel taking place immediately after the first. Some editions package the duology as the Jump series.
Advertisement:

Around Next Sunday A.D., humanity discovers FTL Travel and makes its first forays into the stars. One of these forays results in a First Contact with a conglomerate of alien races known as the Conclave. Unfortunately, we are too late, as there is an established hierarchy among the Strong and the Weak races of the Conclave with almost no possibility of vertical movement for the Weak races, of which humanity is a part. The Strong rule the galaxy, while the Weak are pigeonholed to perform useful tasks for the Conclave. Those the Conclave considers useless are simply exterminated. Humanity's method of FTL Travel is unique and is by far the fastest (it takes less than an hour to travel from one star to another using the "jumper" device, while aliens are forced to rely on their slower methods that can take months). Due to an unexplained reason, only humans survive travel via the jumper. The aliens either die or go insane. This pigeonholes humanity into the taxi service of the Conclave. By the 2020s, many Earth nations have active space programs and have established outposts on Conclave worlds (with permission, of course).

Pyotr Khrumov is a Russian cosmonaut who finds himself in the middle of a conspiracy of several Weak races who have discovered a new race that is genetically identical to humans. These so-called "Geometers" are extremely advanced and may prove to be a valuable ally. Unfortunately, when the Strong races find out about these newcomers, they may destroy Earth out of fear.

In the sequel, Pyotr travels to the Core of the galaxy and encounters the Star Shadow, a vast conglomeration of worlds linked by Gates, where anyone can travel wherever their deepest desires lie. Pyotr must make a decision. Should he allow the Geometers to help Earth, knowing what he does about them? Should he let Earth join the Star Shadow, protecting it but also introducing absolute freedom to his people? Or should he Take a Third Option?