Literature / The Stars Are Legion 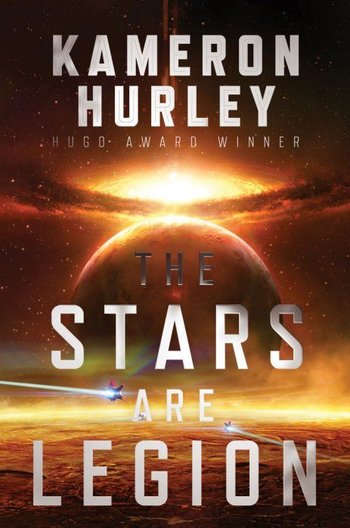 The Stars Are Legion is a 2017 Science Fiction novel by Kameron Hurley (author of the Bel Dame Apocrypha).

A woman named Zan wakes in a medical ward with no memory of who she is or why she's there. She learns in short order that she is in the Legion, a massive system of Organic Technology world-ships; that the aforementioned Legion is slowly dying and massive wars are being waged for control of it; and that this is only the latest of many times that she has returned sans memory from a mission to take control of the Mokshi, an errant world-ship believed to be the key to the Legion's salvation.

It's obvious that the people around Zan aren't telling her everything, though, and before long she stumbles into a deadly web of plots and intrigue—some of which she laid herself.

The Stars Are Legion contains examples of the following tropes: