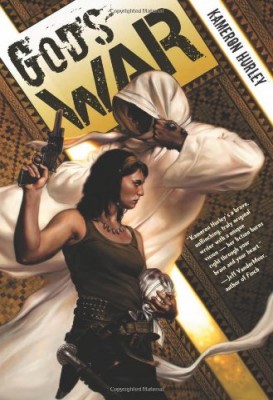 The cover of the first book, featuring our favorite Back-to-Back Badasses.

On the plague-ridden planet of Umayma, a holy war has been raging for as long as anyone can remember. Nyxnissa so Dasheem, a Bel Dame who cuts off heads for the government, could end the war with the head she's bringing home this time—but at what cost?