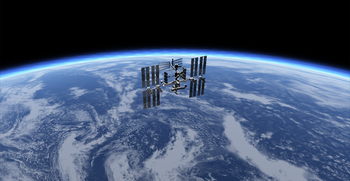 is a realistic 3D space flight simulator designed for those with a technical edge in the space spirit as Microsoft Flight Simulator. As a simulation the game is open-ended. Players can explore any part of the Solar System constrained only by the laws of gravity and orbital dynamics. Players can use the numerically calculated orbit predictor to plan, edit and execute complex interplanetary orbits with a visual reference.
Advertisement:

The flagship mission is the Apollo 11 moonshot from launching at the Kennedy Space Center, Trans-Lunar Injection, landing on the Moon and return to Earth.

The game is currently available on the App Store 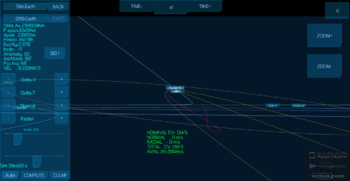