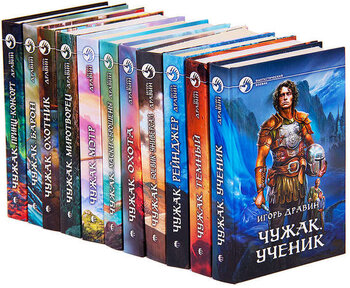 The series concerns Vladislav "Vlad" Istrin, who is shown at a very low point in his life. Vlad looks at the only item reminding him of his former life, a combat knife, contemplates suicide, then decides against it and opts for drinking his worries away again. He blacks out and comes to it in a strange church, watched by warriors in heavy armor. Vlad first thinks of a very elaborate prank, since some of his rich and influential friends would have the resources to pull it off, but then gives it up upon seeing two moons in the night sky.With a minimum of information, Vlad is left in the care of Matvey, an inn-keeper from the city of Belgor, who decides to introduce Vlad to the city as his nephew.