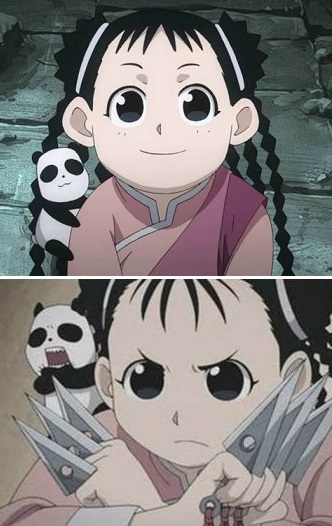 Just try calling her a cat.

A cute little pet sidekick whose emotions and reactions are closely synchronized with their keeper. The pet serves the function of the traditional zany from the Commedia dell'Arte, aping their human's reactions, and frequently revealing attitudes that the main character may be keeping hidden.

When alone, the character could also talk with this pet, treating them as a separate person with the knowledge that would make the pet an extension of the owner's personality.

Related to Expressive Accessory, which is the garment version of this trope. Not to be confused with a Morality Pet, which is a character that redeems a villain or dark anti-hero. Compare Loyal Animal Companion who may lack this empathy despite their devotion to their owner. Mons may act in this role, especially the main character's.