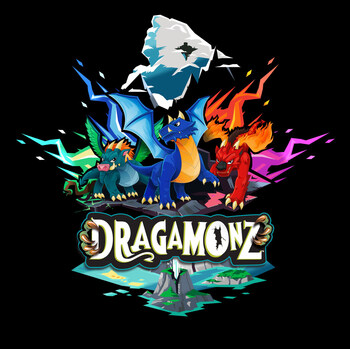 Get ready to battle!
Dragamonz, is an animated mini-series that follows the journey of Dax, a young Dragamon. Dax and his friends have been tasked with a mission to protect a powerful magic crystal. Which is a source of great power from the wicked Dragamon, Grimserver. As well as unite the currently divided Stormclaw, Wildthorn, Firewing, Stonescale, and Slytoxin tribes of Dragamar.
Advertisement:

The series is part of a franchise, along with a trading card and collectible toy game.

The entire mini-series can be viewed here.