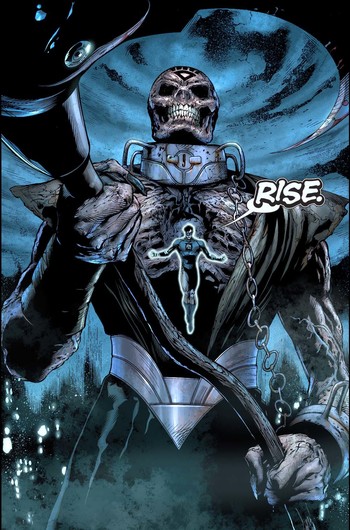 Generally, skeletons were once seen as genuinely horrifying. They ended up becoming Camp at a later point...

But, that is not what this trope is about.

This trope is about skeletons and/or skeleton-like beings and monsters who are completely sinister and Played for Horror. Can Overlap with Eldritch Abomination and Undead Abomination. The Grim Reaper is often, though not always, portrayed as this. Contrast Friendly Skeleton. This is a Super-Trope to the following Skeletal Tropes:

This is a Sub-Trope of Dem Bones.