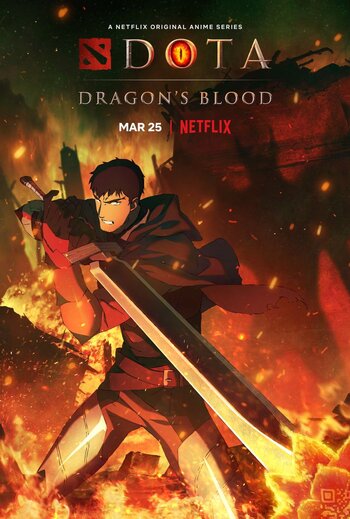 Dota: Dragon's Blood is a 2021 animated series produced by Netflix and Studio Mir, based on Valve's Multiplayer Online Battle Arena game Dota 2. The story follows Davion, a young but renowned Dragon Knight who crosses path with Mirana, the Princess of the Moon, as they go on a quest that would eventually involve events and powers much larger than they both expected.

Watch the the teaser

and the official trailer

and the Book III trailer can be seen here