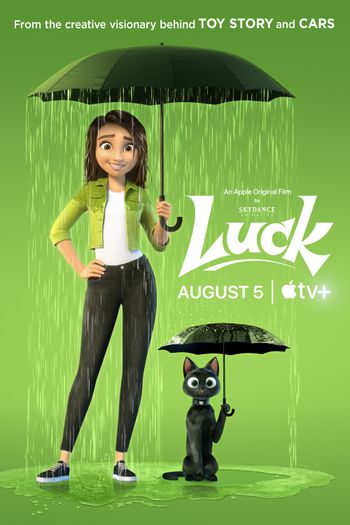 Ever wonder why some people get all the luck?
Luck is a 2022 animated fantasy film directed by Peggy Holmes. It is the first film out of Skydance Media’s newly formed Skydance Animation division. It premiered on Apple TV+ on August 5, 2022.
Advertisement:

The story follows Sam Greenfield (voiced by Eva Noblezada), a perpetually unlucky girl who stumbles into the Land of Luck, a world of magical creatures responsible for the balance and management of good and bad luck across the world. Simon Pegg, Jane Fonda, Flula Borg, Whoopi Goldberg, Lil Rel Howery, Colin O'Donoghue, and John Ratzenberger also provide voice work for the film.