Literature / How Droofus The Dragon Lost His Head 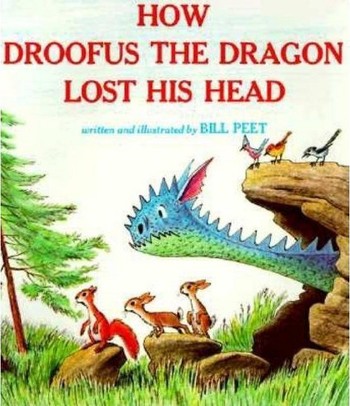 How Droofus the Dragon Lost His Head is a 1971 children's storybook by Bill Peet.

Droofus, a young dragon, crash-lands during a flight far from home. In time, he becomes happy in his new place, munching the grass and helping a nearby farmer. Then the king gets wind of Droofus and wants his head for the palace wall — but a bit of quick thinking may yet save the dragon's neck.