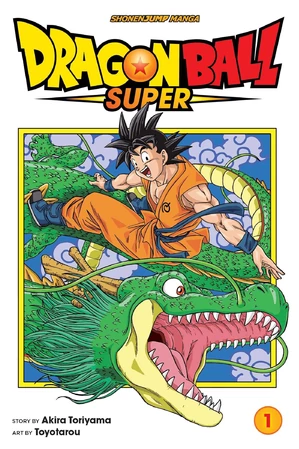 The manga version of Dragon Ball Super began its monthly serialization in V-Jump in 2015, with its story by Akira Toriyama and illustrations by Toyotarō (who previously created the Dragon Ball Heroes spin-off manga Victory Mission). As Dragon Ball Z: Resurrection ‘F’ was adapted in V-Jump just prior to the start of Super, the manga begins with the Battle of Gods arc before skipping into the Universe Six arc.

An interesting observation regarding the manga is its deviance from the anime continuity. Events in arcs leading up to where the anime ends at the Tournament of Power play out differently, hence the need for a separate page discussing it. While the art is handled by Toyotaro with some corrections by Toriyama, the current story is penned as a collaborative effort between him and Toriyama.

open/close all folders
A to C
D to I
J to O
Advertisement:
P to T
U to Z