Tropes to all Gods and Angels

All Gods of Destruction in general 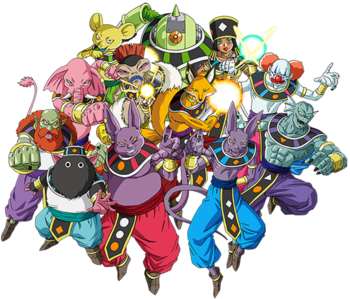 These are the gods who are in charge of destroying planets so the Gods of Creation can create new ones. Despite being violent, petty, and smug about their power, the Gods of Destruction are necessary to keep the balance of the universe. It is also their job to destroy mortals who misuse the knowledge of the gods for their own personal gain. How one becomes a God a Destruction isn't known, except that they're appointed to the position and that they may have been mortals.

All Angels in general 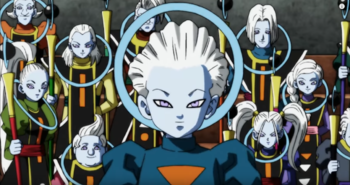 Advertisement:
All Supreme Kais in general 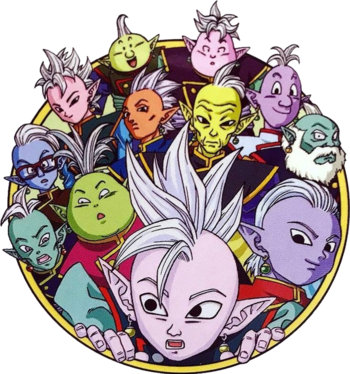 The Gods of Creation who balance the temperamental Gods of Destruction. Their job is to create new planets and life, and guide mortals to the correct path. Their job, however, is strictly limited to watching and guiding. They cannot harm mortals, even evil ones, unless it's an emergency. That falls onto the Gods of Destruction, if they do their job properly.

Unlike the Gods of Destruction, the Kais are born gods who come from fruit from the Supreme World of the Kais. They are of the Shin-jin ("Core People") race, but are distinguished from other members of the Shinjin by the fact that they're born from golden fruit instead of regular ones (the ones born from regular fruit become attendants or lesser Kais). Being born to a golden fruit doesn't guarantee status as a Supreme Kai off the bat; they can ascend through special circumstances. According to the Super Exciting Guide

, occasionally there are delinquent Shinjin with evil hearts in the process of becoming Kais or Supreme Kais, and they go to be with the Makaio (“Demon Realm Kings”; apparently the Demon Realm answer to the Kais, though Toriyama doesn’t explain the term). The Supreme Kais are accompanied by attendants (also Shinjin/Core People), and whoever starts to train in the path of becoming a Supreme Kai, gains healing powers according to the Super manga. 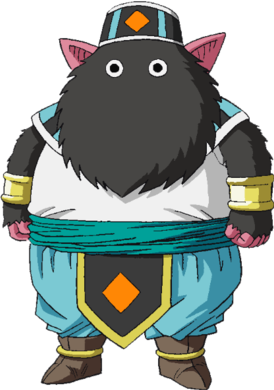 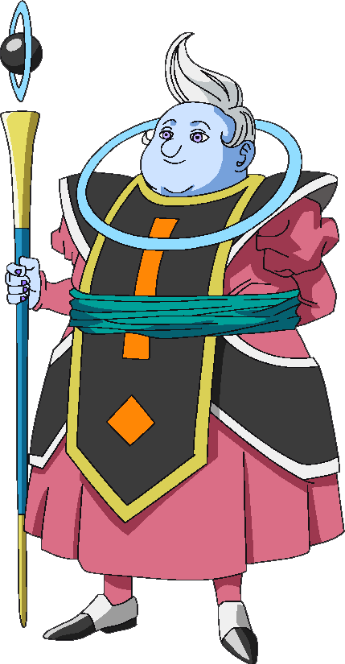 The Supreme Kai of the universe with the highest mortal level. Has a gentle smile.

The God of Destruction of Universe 5. Thoroughly investigates what he should target for destruction. Tries to expand his universe potential with a minimal amount of destruction. His universe has the third-highest mortal level. 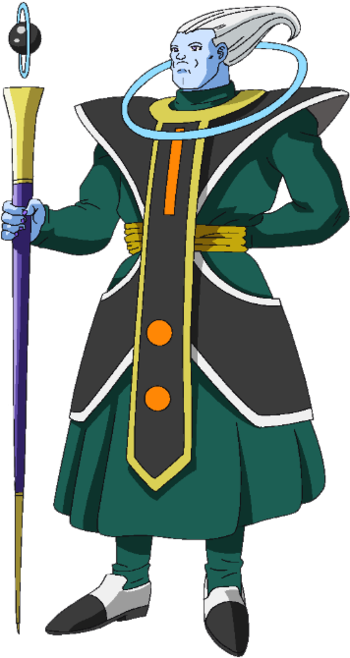 An angel that watches over their excellent God of Destruction and the Supreme Kai, and tries to learn from their knowledge. 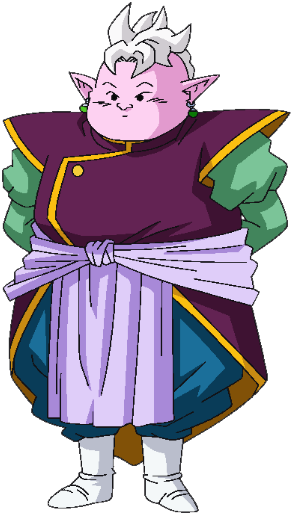 The Supreme Kai of Universe 5. A gentle god who values a balance of knowledge and power. 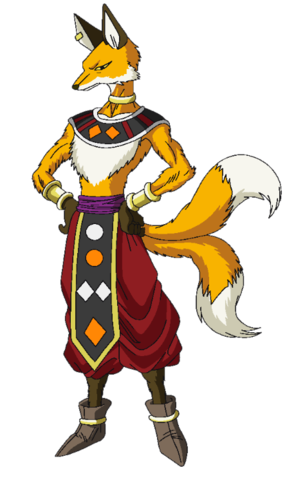 The angel serving Liquiir. Very assertive, not afraid to share his opinion of himself. He was designed by Akira Toriyama.

The Supreme Kai of Universe 8. Loves making plans and gets fired up when those plans start to come together.

The God of Destruction of Universe 12. A very competent god from the Universe that gave birth to time travel through mortal hands, who carries his job mercilessly and without discrimination. However, he has found himself bored because there is nothing to destroy, and looks forward to the Tournament of Power. His universe has the second-highest mortal level. 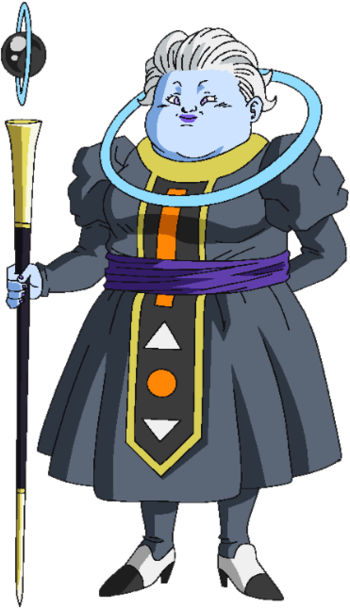 The angel serving Giin. She is proud of her coworkers. 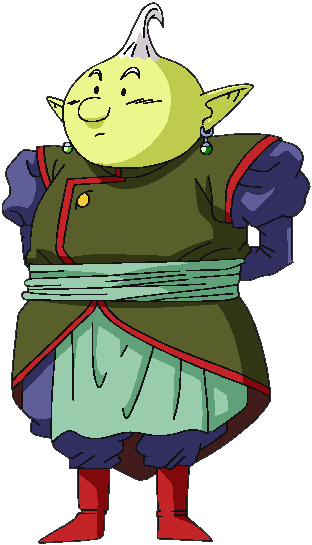 The Supreme Kai of Universe 12. Says virtuous things. Although his universe is already developed, he aspires to take it even higher.

The God of Dragons who created the Super Dragon Balls. 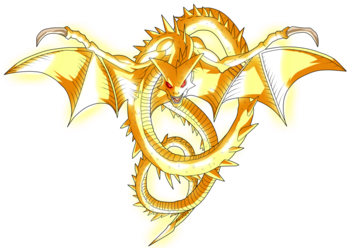 The Dragon of the Gods summoned by the Super Dragon Balls, and far more powerful than Shenron and Porunga. He is so large that he dwarfs galaxies.

The guardian of Zeno, similar to what Whis and Vados are to the Gods of Destruction. According to Whis, he is one of the top five strongest people in the Multiverse. 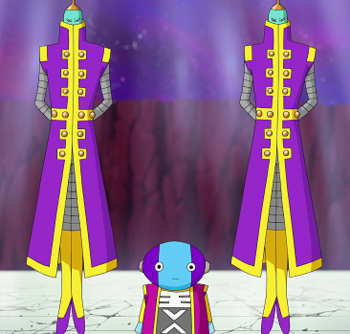 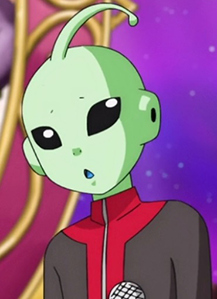 The ring announcer and referee of Beerus and Champa's tournament.

At some point in time, Zeno erased six universes while he was in a bad mood.

A female angel. This character is possibly a scrapped design for one of the angels. Due to wearing her angel halo in her neck, it is likely she is another daughter of the Grand Minister. 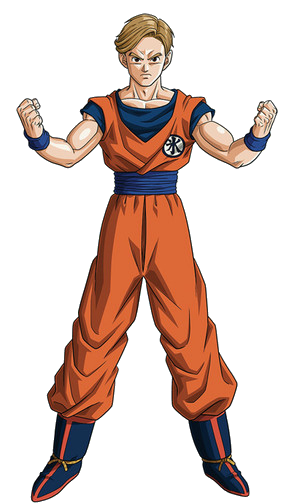 Voiced by (Japanese): Himself

The narrator of Episode 115's highlight. Designed to look a lot like him, except he's wearing Goku's gi. Also the singer of the Limit Break × Survivor opening.