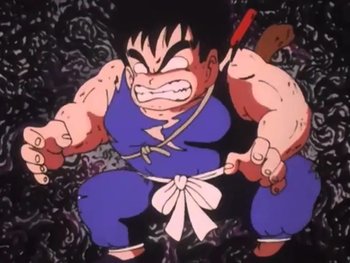 So remember, children: if you have a monkey tail, do not stare at a full moon. Otherwise, this will happen!
Advertisement: