Character page for the Saiyans, a race from the Dragon Ball franchise. 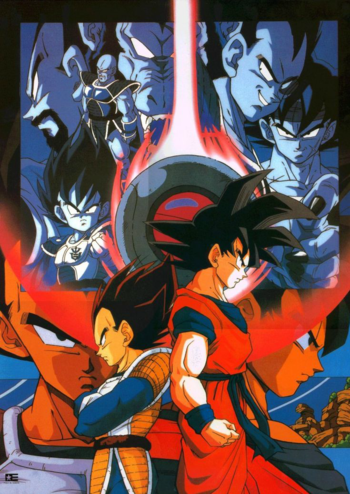 The most important race in the Dragon Ball lore since Goku is part of this mighty warrior race.

While much of the backstory of the Saiyans remain a mystery, what we do know is that they didn't originate from Planet Vegeta. Their original homeworld, Planet Sadala, was destroyed during in-fighting before they invaded Planet Plant, killing the Tuffles. Some time after that, their planet was annexed by Frieza's Empire. For years, they worked as part of Frieza's attack force, being some of Frieza's strongest fighters. Despite their hard work, however, Frieza subjected them to constant demeaning and Fantastic Racism, having decided to one day eliminate the Saiyans out of fear of their growing power, the legend of the Super Saiyan, and the fact that the Saiyans were too free willed to ever be truly loyal to him. To that end, after being encouraged to act by Beerus the Destroyer, he recalled all the Saiyans back to Planet Vegeta, planning to destroy the planet in a month's time. This tipped off Bardock that something was wrong and he and his wife sent off their youngest child Kakarot for his protection.

What happens next varies between mediums in the finer details, but the most common plot points are that the Saiyans rebel against Frieza and King Vegeta personally leads an attack. He is easily killed and Bardock alone launches one final assault against Frieza, only for him to be killed along with Planet Vegeta. This reduces the Saiyan's numbers to a mere handful note Son Goku/Kakarot, Raditz, Nappa, Vegeta, Broly and Paragus, and possibly Tarble, more if you include non-canon material, making them functionally extinct.

In the current story, the Saiyans are experiencing a bit of a resurgence thanks to breeding with humans, creating powerful hybrid Saiyans who are far stronger and less violent than their pure-blooded counterparts. They are also not evil anymore thanks to the influence of the Earthlings.

Universe 6, the twin universe of Universe 7, have their own Saiyans. Unlike their U7's counterparts, the Saiyans of U6 are a thriving race and heroes who protect the innocent.

open/close all folders
General
Super Saiyan in General
The legendary Super Mode of the Saiyans, said to be given to only the strongest of their race, the last known Super Saiyan was known centuries before he was destroyed his own power. Then came Goku, who would re-discover the iconic transformation in his battle against Frieza, and utilize it as the first of many forms for both him and all other known beings with Saiyan heritage in the modern day. 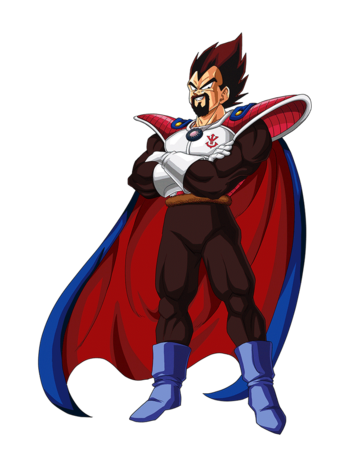 The king as designed by Katsuyoshi Nakatsuru for Dragon Ball Z 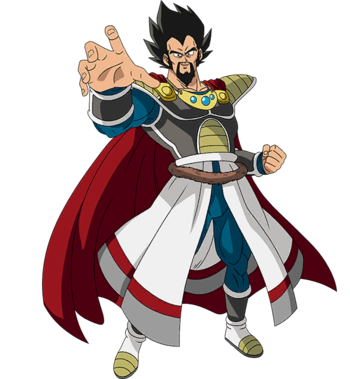 King Vegeta the Third was the King of all Saiyans and the father of Prince Vegeta the Fourth. He was also a "hero" to the Saiyans after he led his people to victory in the Saiyan-Tuffle war, in which the planet was renamed in his honor. After his people were annexed by King Cold's planet trade organization, he had no choice but to pledge allegiance, knowing the Saiyans weren't powerful enough to defeat him or Cold's successor, Frieza.

The Saiyans worked under Frieza for several years, then his son, Prince Vegeta was given to Frieza under unknown circumstances, although King Vegeta intended to rebel before he would ever let Frieza gain his son. Unfortunately, his rebellion was cut short by Frieza himself and he was killed. 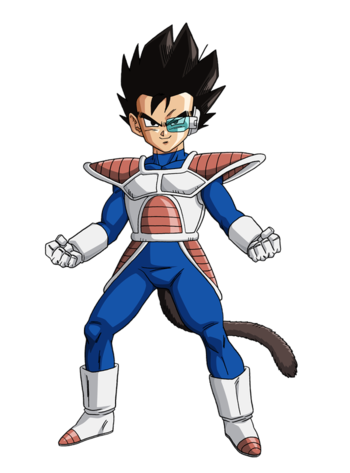 Tarble is Vegeta's younger brother. Unlike Vegeta and every pure-blooded Saiyan (besides Goku and Gine), Tarble is a kindhearted and polite individual. It was because of this along with his relatively weak power level that he was sent off to a distant planet. In the special, he comes to Earth to ask for Vegeta's assistance in defeating two remnants of Frieza's forces who have been terrorizing the planet he has settled on.

Tarble is part of the continuity of the movies released after the original manga, but he is kindly ignored in Dragon Ball Super and video games since he is a Minor Major Character.

Rest of the Saiyan population 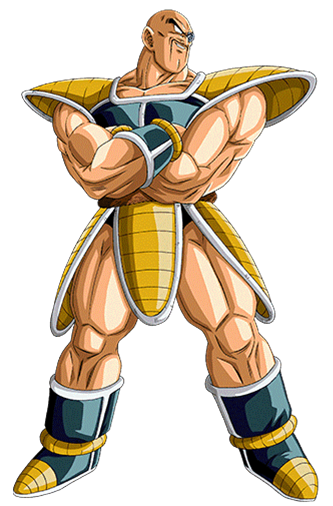 Vegeta's partner and fellow surviving Saiyan. Practically dominates all of the Z Fighters in their fight till Goku arrives and easily beats him down. Vegeta then finishes him off thinking he was being weak; of course, he was very very wrong on that front. 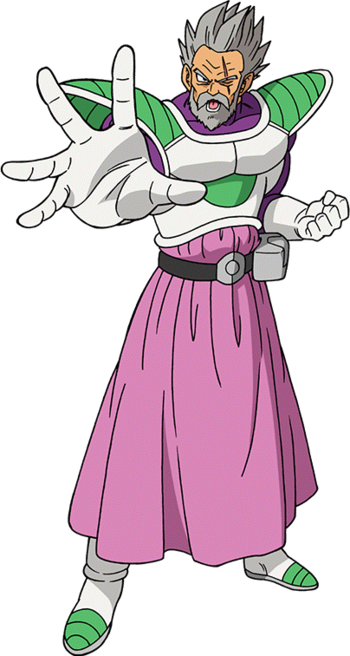 The father of Broly, and a former colonel of the Saiyans. After his son was exiled by King Vegeta due to his immense power level, he followed his son's path to Planet Vampa in order to rescue him, getting stranded in the process. Forty years later, he was found by the Frieza Force and joined alongside his son in order to have his revenge on the Saiyan royal bloodline.

For the old-movies version, see here.

Depending on the Writer-class Saiyan 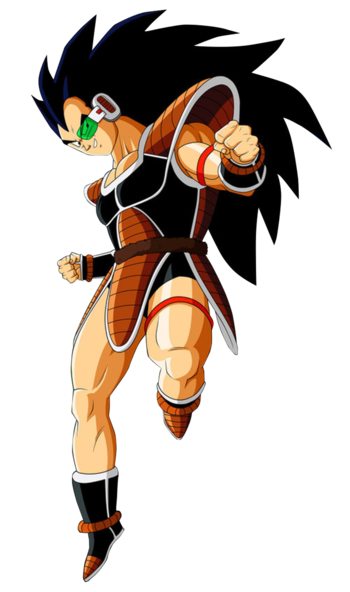 Goku's older brother and the first villain introduced in the Z series. Sent to check up on Goku's progress of Earth's conquest only to find his brother a changed person. Ends up kidnapping Gohan which prompts the legendary alliance between Goku and Piccolo.

Whether he is considered Mid-class or Low-class seems to vary depending on who is writing and the source.

Bardock
See Dragon Ball - Bardock
Bardock's Squad (Z)
Bardock's crew of low-class Saiyan warriors. They all end up getting killed by Dodoria and his team. 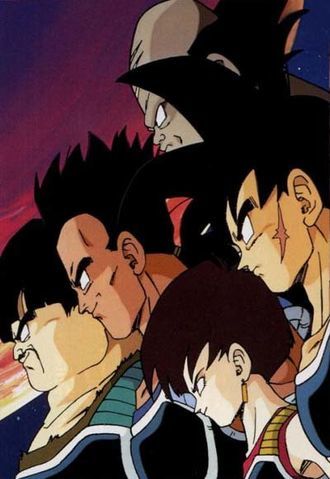 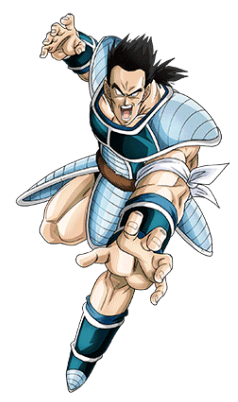 The second in command of Bardock’s Elite. 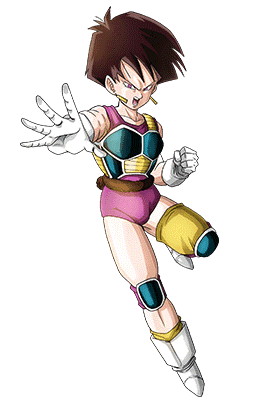 A member of Bardock's elite crew, conquering many planets for Frieza, and during Father of Goku, she can be seen destroying the population of a planet in her Oozaru form. 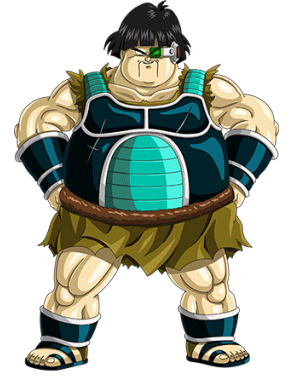 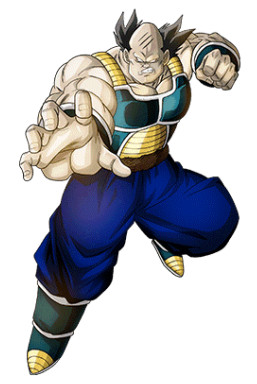 The silent guy of Bardock’s elite. 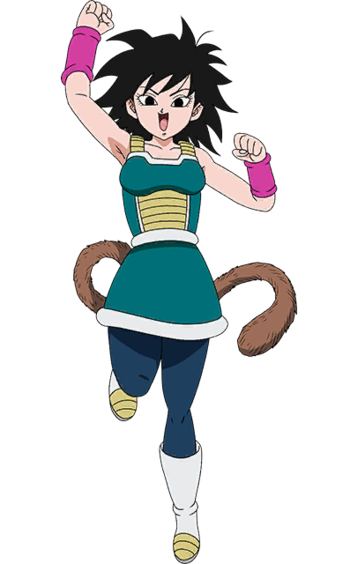 Voiced by (Japanese): Naoko Watanabe
Voiced by (English): Emily Neves
Voiced by (Latin American Spanish): Mireya Mendoza
"Bardock... I'm just surprised you've gone to such lengths for [[Kakarot]]. It's so unlike a Saiyan to be overly concerned for his children."

Goku and Raditz's mother. She was a member of Bardock's squad but due to not being cut out for fighting, Gine went on to work at the meat distribution center, instead.

A non-combatant Saiyan that joined Paragus on his journey to Planet Vampa to rescue Broly.

An associate of Bardock during his missions. Introduced in Dragon Ball Minus. 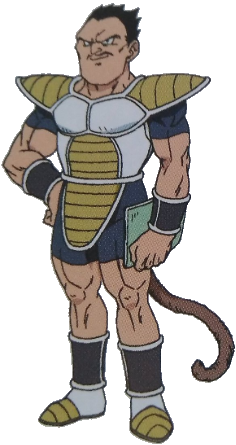 A low-class Saiyan that is familiar with Bardock. Introduced in Dragon Ball Minus. 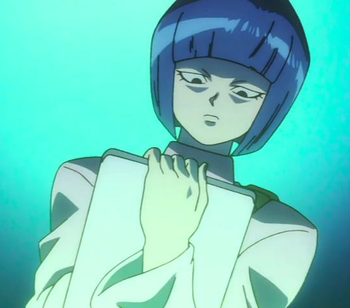 A Saiyan scientist that worked for King Vegeta. 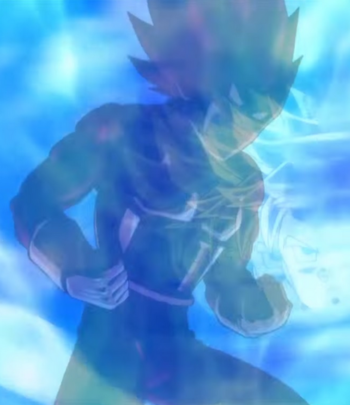 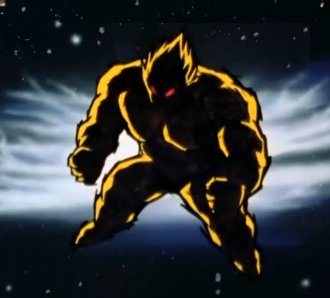 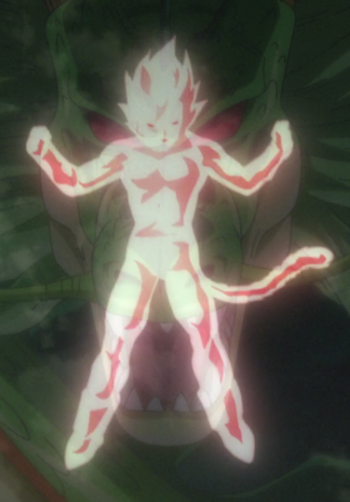 "Long ago, a small group of pure-hearted Saiyans questioned the evil committed by their race. The good Saiyans decided to lead a revolt against the bad and to ensure victory pooled their powers together to create a savior... A Super Saiyan God! The savior easily defeated the evil Saiyans with his immense power, but then vanished as quickly as he came, as the energy his comrades offered him couldn't last for long. In time, evil again took root in planet Vegeta, and the memory of the Super Saiyan God became a myth, merely lost altogether."
— Shenron

The Original Super Saiyan of legend spoken of by Vegeta. Never encountered in the story and is long dead by the time the series takes place, but in a way is vastly important to the story as his story provides the basis for the goal of the Super Saiyan that every Saiyan character tries to obtain in the series. According to Vegeta, the Original Super Saiyan lived 1000 years ago (in the anime this is changed to 3000) and was the most powerful warrior in the universe, but his power was so great that only the Great Ape form could allow his body to sustain that power. Eventually his power became so great that it destroyed him and the planet he was on. Since his demise, no other Super Saiyans appeared, and he passed into myth.

Even after more than a thousand years, the myth of the Super Saiyan holds incredible significance to the Saiyan race. Frieza heard rumors of the legend and seeing how powerful many of his Saiyan subordinates were becoming felt fear over the possibility that one of these Saiyans might rise up to the challenge and become a Super Saiyan thus ending his reign over his Empire. This leads Frieza to destroy the Saiyan race and leads Vegeta to want to reach the goal. Eventually, Goku obtains the transformation and defeats Frieza. Eventually, nearly every Saiyan still around, including Vegeta, much to his delight, gains this transformation and gain incredible power from it.

"What we call our birth world was destroyed in a civil war, and after its decimation, we conquered another planet and called it Vegeta."
— Vegeta

Long before King Vegeta took control of Planet Plant, the Saiyans resided in Planet Sadala. According to Vegeta, the planet was destroyed by internal conflicts between the Saiyans, but according to legends, it could have been destroyed by something else, perhaps a Super Saiyan.

The ancient Saiyans are a relatively new addition to the lore of the series. There are background references in Super about them, although vague (with Vegeta stating that the Saiyans from Universe 6 closely resemble them), some characters from video games are described as Saiyans from the past: Shallot, the Saiyan in Red and Cumber.

Characters from other materials 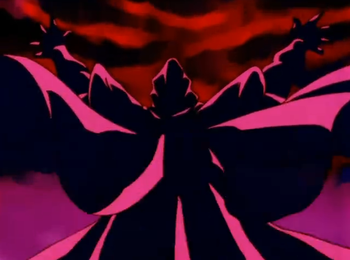 In the anime series (not in the manga), King Kai tells Goku that, similar to the Earth, Planet Vegeta had a guardian with the job of god watching over the planet, and that, seeing the evil in the hearts of the Saiyans, he summoned meteors to destroy the planet. Shortly afterward it is revealed, however, that Frieza was the actual culprit behind Planet Vegeta's destruction. 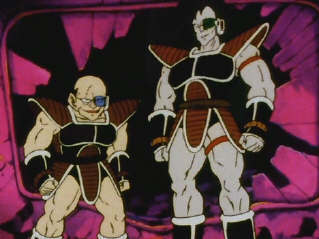 Two Saiyans from 100 years ago (or illusions if you’re watching the Japanese version) that are utilized by Kami to train the Z-Fighters for Nappa and Vegeta’s arrival. They are filler characters who don't appear in the original manga.

A portly Saiyan tourist married to a woman named Honey who arrives on Earth with the intent to make it his vacation planet.