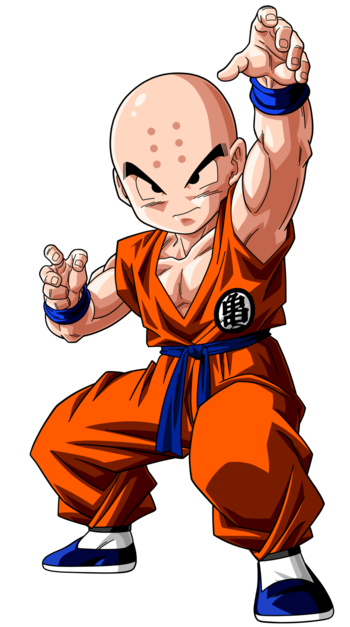 Click here to see Krillin in the Buu Saga. 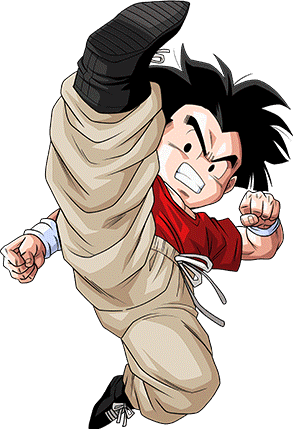 One of the few human characters who retained most of their screentime even in DBZ (even though it was mostly as a Plucky Comic Relief and by few we mean the only one). Started off as a rival to Goku when both trained under Master Roshi when they were kids. He soon became a best friend and Heterosexual Life-Partner to Goku and the two have been through thick and thin through their battles and lives.