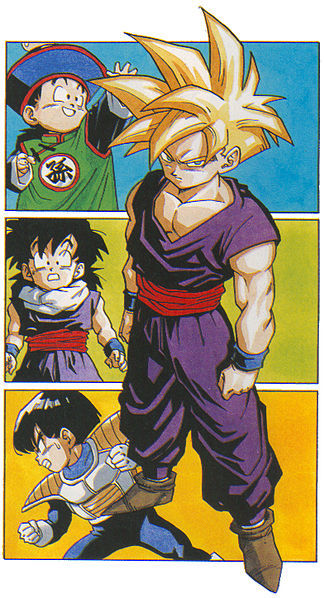 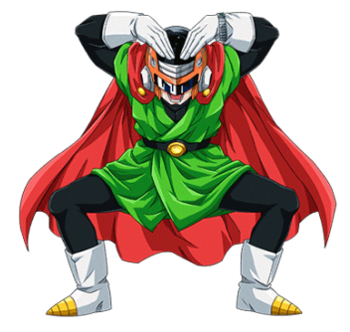 Son of Goku and Chi-Chi introduced in the Z series, and a half-Saiyan (the only one seen starting off life having a tail like Goku did). At first he was just a little crybaby with hidden strength, but under the tutelage of Piccolo and his experiences in battle, he turns into quite an accomplished warrior. However, despite his potential and in noted contrast to most to the cast, he would rather be a scholar than a fighter.