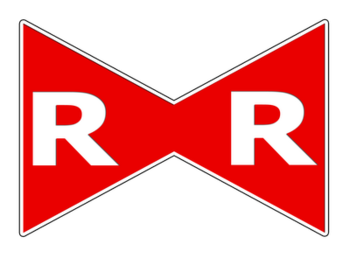 An evil organization headed by Commander Red. They get wind of the Dragon Balls and use any means to collect them, including taking innocent life. Goku practically decimates them by himself after they get in his way one too many times.

The Army in General
Advertisement: 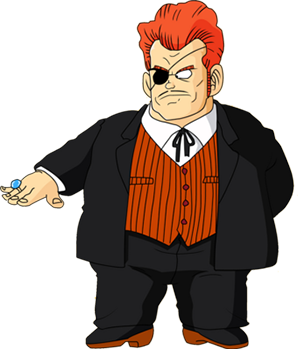 An eyepatch-wearing dwarf who created the Red Ribbon Army to fulfill his dream of ruling the world. Commander Red led the Red Ribbons up until Goku's final assault on his compound; then, his number-two, Staff Officer Black, killed him when Red admitted that the real reason he wanted the Dragon Balls was not to rule the world, but just to become taller. In Dragon Ball Online, he returns centuries later, rebuilt as "Android 9", and creates the new Red Pants Army. 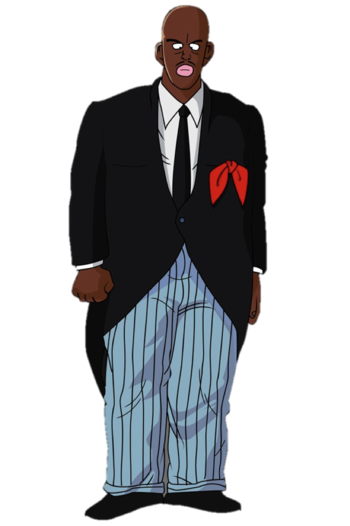 The first member of the Red Ribbon Army to go up against Goku. He steals a Dragon Ball from Pilaf and temporarily destroys Goku's Flying Nimbus. 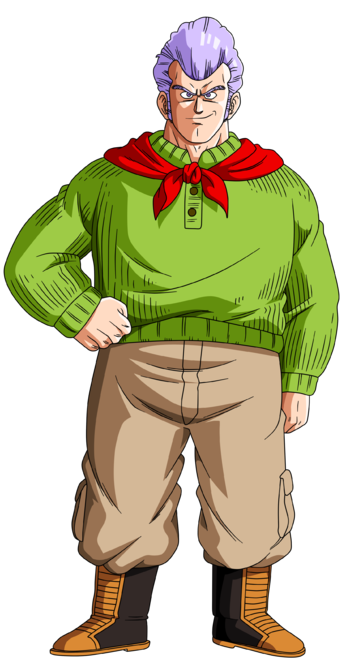 A Red Ribbon leader searching for a Dragon Ball in the snowy arctic, General White built a fortress called Muscle Tower, kidnapped a nearby village's leader, and forced the townsfolk to comb the landscape for the Dragon Ball. His retinue of followers almost had Goku on the ropes, but Android 8 defeated him and saved Goku. 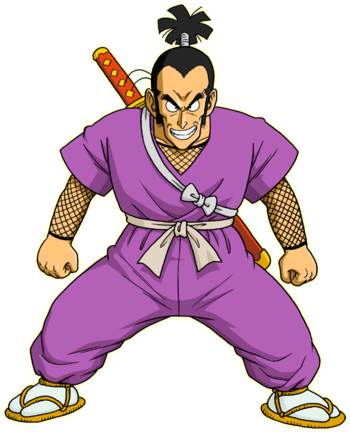 A half-competent ninja mercenary hired by General White. Despite his relative weakness, he has an impressive repertoire of tricks and proves a wily foe—he is the first Red Ribbon villain whom Goku takes more than one episode to beat. He survives Goku's assault on Muscle Tower and comes back to finish Goku off soon after, but Goku unknowingly tosses a bomb at him and he hasn't been seen since. 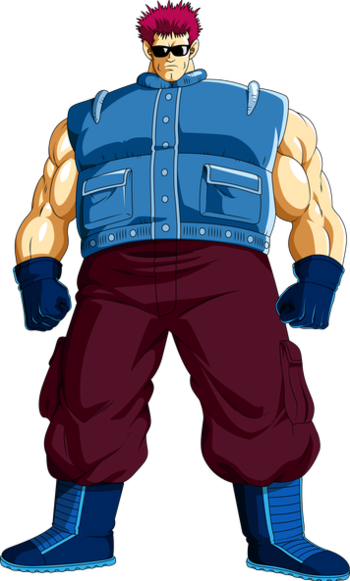 A massive soldier who Goku fights in Muscle tower. Turns out to be a robot and the first combatant in that arc that provides Goku with a serious challenge.

A high-ranking member of the Red Ribbon Army with formidable psychic powers. General Blue was searching for a Dragon Ball in the ocean when Goku and Bulma stumble into his camp. He quickly becomes a deadly enemy to Goku and friends and is the first villain who can really take on Goku in a straight fight. When he fails to obtain the Dragon Ball, Commander Red orders him to fight Mercenary Tao, who kills him. 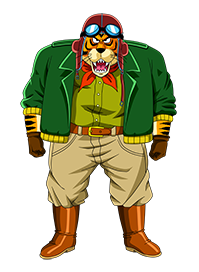 A tiger person who briefly faces off against Goku, commanding a plane trying to raid Bora and Upa's village. Goku knocks him out of his airplane, killing him.

A female member of the Red Ribbon Army who is sent on an interference mission against Goku's allies to stop them from getting the Dragon Balls. She's only in it for the money and doesn't even care about her own subordinates. When Goku storms the Red Ribbon headquarters, she sees the writing on the wall and deserts, taking a huge amount of the army's money with her. Violet is the only Red Ribbon officer known to have survived.

The son of Dr. Gero, who served as a high-ranking soldier in the Red Ribbon Army, and was killed in combat by an enemy bullet. He became the basis for Android 16. This man was never mentioned in the manga or anime, only revealed in an interview with Akira Toriyama, and then finally being mentioned in Dragon Ball Fighter Z. The artbook for Dragon Ball Z: Kakarot finally revealed his name to be Gebo, codenamed Gold. Dragon Ball Super: Super Hero then spells his name as Gevo.
Vomi

The wife of Dr. Gero, who died long before the events of the original manga took place. In Dragon Ball Fighter Z, she became the basis for Android 21. An image of her makes a cameo in Dragon Ball Super: Super Hero as part of Dr. Gero and Dr. Hedo's family profile. 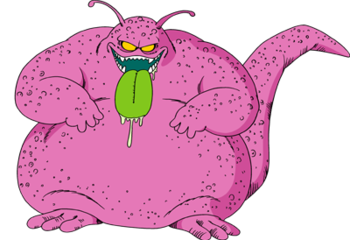 General White's "pet," it appears as Goku's last opponent in Muscle Tower. It's a large, obese pink alien... thing and is stored inside a hidden room in General White's tower. 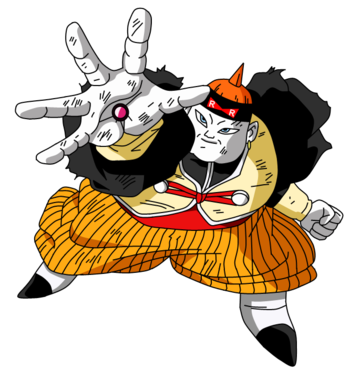 The final android created by Dr. Gero whose objective is to kill Goku. He almost does just that (with a tiny bit of help from Goku's heart condition), but is attacked by Vegeta before that can happen. Android 19 just loses his head after Vegeta goes Super Saiyan. 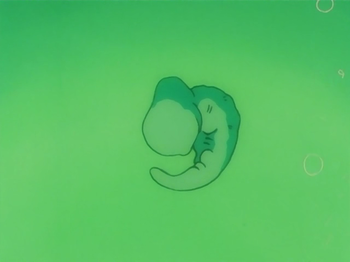 The main timeline counterpart of Cell. He ends up being destroyed by Future Trunks and Krillin.

The Cell who achieves perfection and becomes a major antagonist has his own page.
For information on Future Cell, see Future Trunks' Timeline.

Besides tropes featured by Cell, Present Cell features examples of: 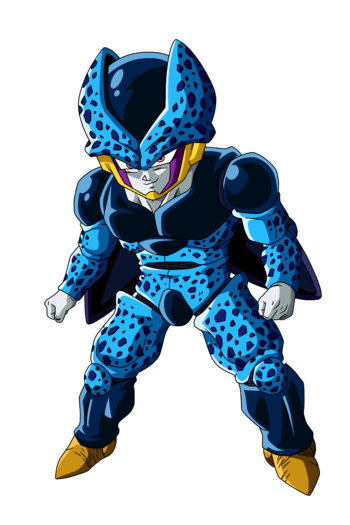 Cell's offspring. They are asexually produced from Cell's tail, through cellular mitosis. According to Cell himself, each Cell Junior has his power and abilities.

In the manga of Dragon Ball Super, it's revealed they survived and became park rangers alongside Android 17. 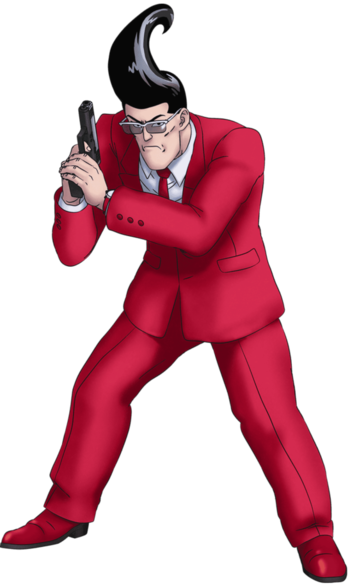 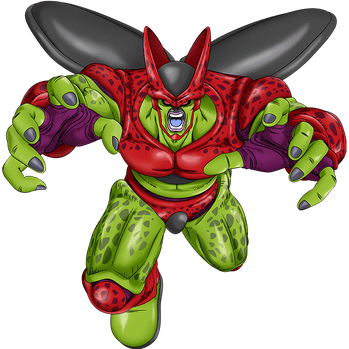