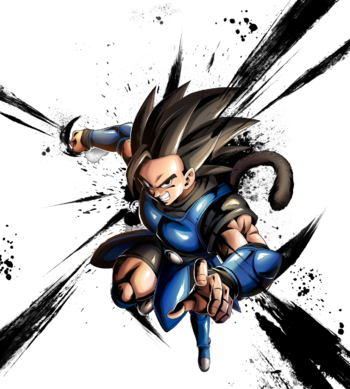 An ancient Saiyan "from before Goku's time", the amnesic Shallot is trying to piece together his past as he participates in the Tournament of Time. 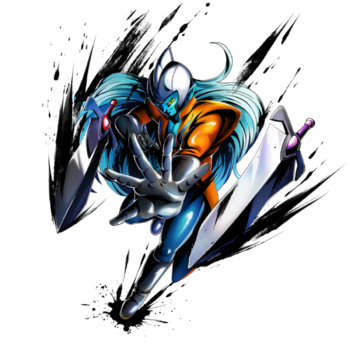 A young magical swordsman from a distant time and place. He is an ally of Shallot and company during the Tournament of Time.

The Saiyan in Red 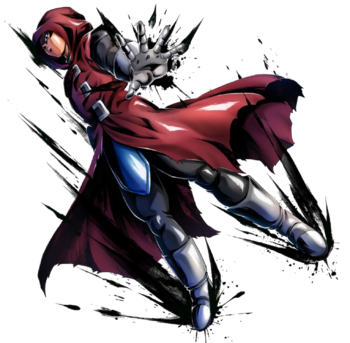 Voiced by: Kenji Nojima (Japanese); Micah Solusod (English)
I'll admit my power can't hold a candle to yours, not as is it now. But know this: I will hunt you. It’s inevitable. The blood of the defeated... the blood of the tainted...both will be expunged from existence! By me! Balance will reign once more!

A mysterious figure who looks like Shallot, wreaking havoc everywhere.

The Mastermind *MAJOR SPOILERS*
This mysterious person is the one responsible for the tournament happening in the first place, seemingly with the intent to destroy the world. His true identity turns out to actually be a mirage of Zahha's, who is the TRUE Big Bad.