The first major villain of the series, a vain, tyrannical ruler who steals the heroes' spaceship when it crash lands on his planet. 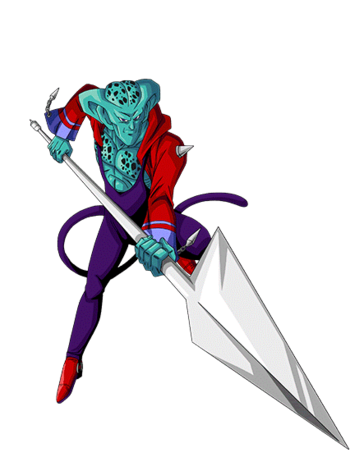 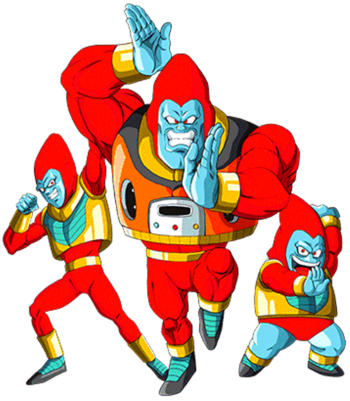 A trio of brothers working for Cardinal Mutchy Mutchy. Can subdue their opponents by making them dance. 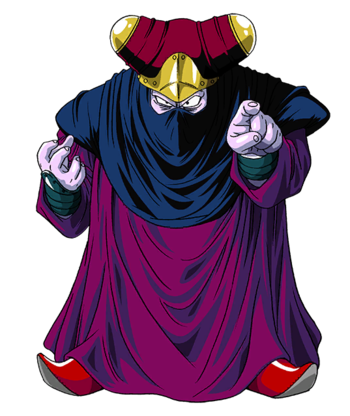 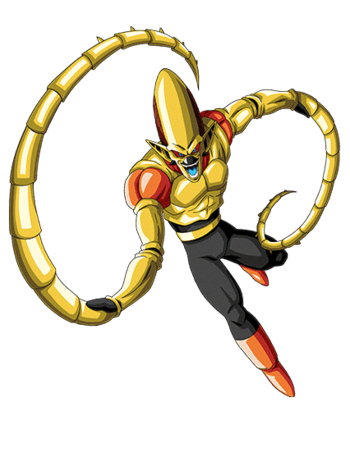 The High Priest of the Luud Cult. He commands Luud's followers to seek out the Black Star Dragon Balls to resurrect Luud.

The "oracle" of the Luud Cult. Was the one who originally recruited the followers. 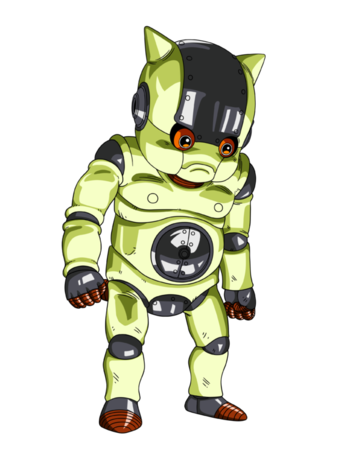 A powerful Machine Mutant who is revered as a "God of Destruction" by his own cult. 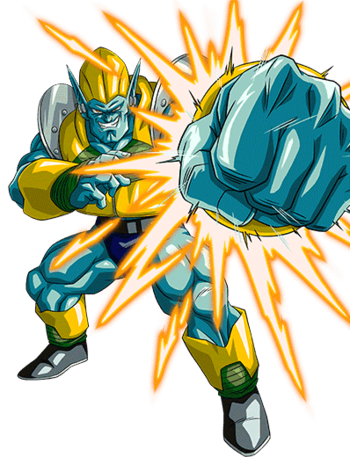 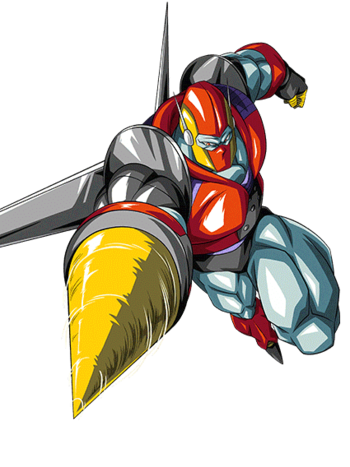 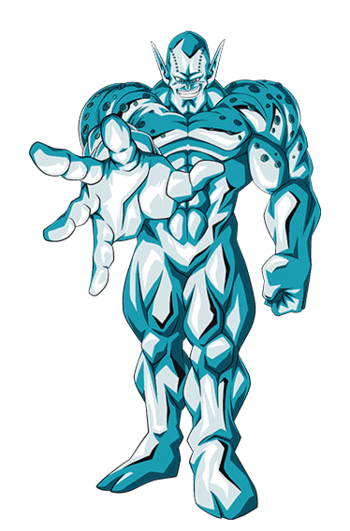 A Machine Mutant and leader of Dr. Myuu's machine armies. Manages to give Goku, Pan, and Trunks trouble once they land on planet M-2. 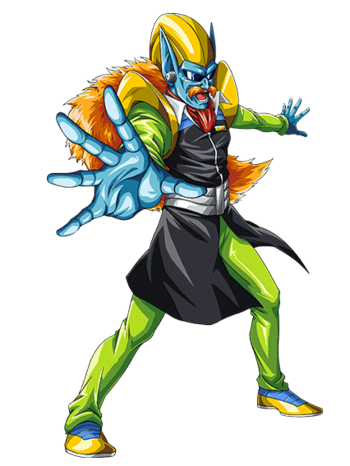 A scientist plotting universal domination with his Machine Mutant armies, headed by his ultimate creation Baby which he needs the Black Star Dragon Balls to complete. This of course brings him into conflict with Goku, Pan and Trunks. Sometime down the road, he meets up with Dr. Gero in Hell (it's a long story) to plot their revenge against Goku but that doesn't work out as planned either. 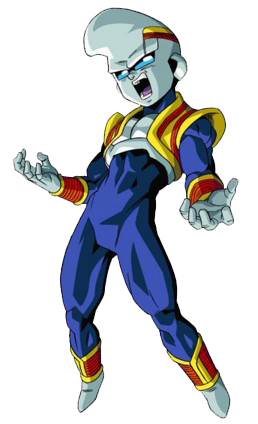 Click here to see him after taking over Vegeta 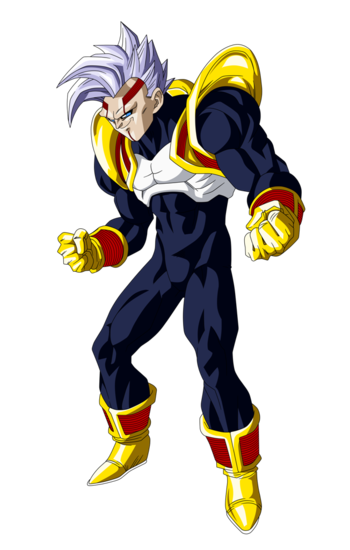 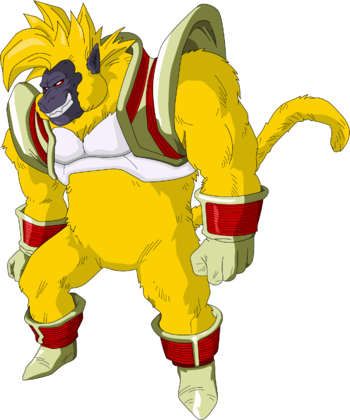 A parasitic being created by Dr. Myuu to conquer the universe (or so it seems). The truth is he's actually a homunculus created by the Tuffle/Tsfru race shortly before they were conquered by the Saiyans, with Dr. Myuu actually being his creation to ensure he'd be modified into something more powerful.After being activated, Son Goku seemingly kills Baby, but he manages to respawn from within Dr. Myuu and body surfs his way to Earth. Once there he takes over the whole planet, making Vegeta his main host with Bulma and the Saiyan hybrids as his personal entourage. Goku suffers a grueling battle against Baby due to his new child form, but some quick training in the Other World gives him the power he needs to fight and eventually beat Baby, freeing Vegeta from Baby and blasting him into the sun as he was trying to escape.

Voiced by (Japanese): Shigeru Nakahara
Voiced by (English): Chuck Huber (Funimation dub); Ethan Cole (Blue Water dub)
Voiced by (Latin American Spanish): Genaro Vásquez
"The gates of hell has been opened, and I will bring forth a torrent of evil from this world."

A Machine Mutant created by Dr. Gero and Dr. Myuu while in Hell, designed to locate Android 17, brainwash him, and fuse with him in order to become Super 17. 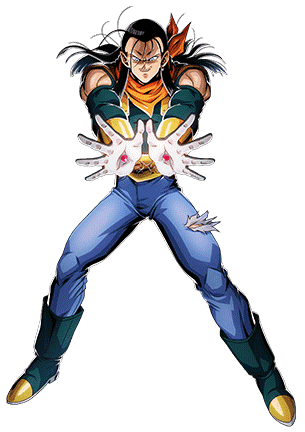 A combination of the regular Android 17 and Hell Fighter 17 which was built by Dr. Gero and Dr. Myuu. Has so much more power than his normal form that he pretty much defeats all the Z-Fighters that come against him, including a Super Saiyan 4 Goku. However, a combined effort from 18 and Goku finally brings him down. 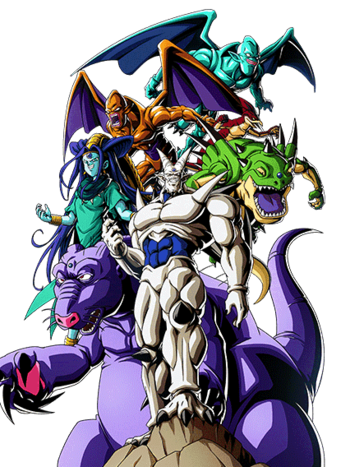 The living, breathing incarnations of all of the negative energy that had accumulated in the Dragon Balls due to the Dragon Team's excessive usage of them. 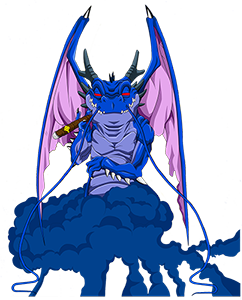 The product of the Dragon Balls' accumulated negative energy, he serves no purpose aside from spawning the seven Shadow Dragons. 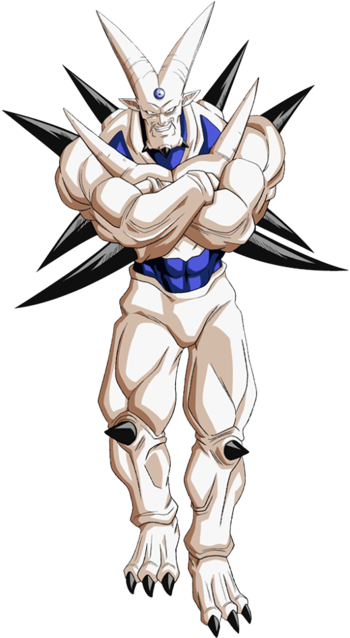 The One-Star Dragon created from Mr. Popo's wish to revive everyone killed by Frieza and his men. Not surprisingly, he's the strongest and vilest of all the dragons, even going to Super Saiyan 4 hardly phases him. He becomes more powerful still when he absorbs all the Dragon Balls to become Omega Shenron, the ultimate dragon. In the end, it takes energy from all over the universe to form the Spirit Bomb needed to stop him. He has no element unless you count his pure negative energy. 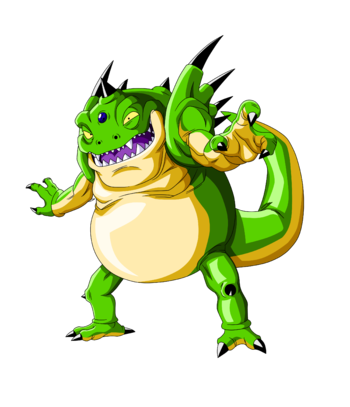 The Two-Star Dragon that was created by the wish that revived Bora, Upa's father who was killed by Tao Pai Pai. He spreads pollution wherever he goes. His element is pollution. 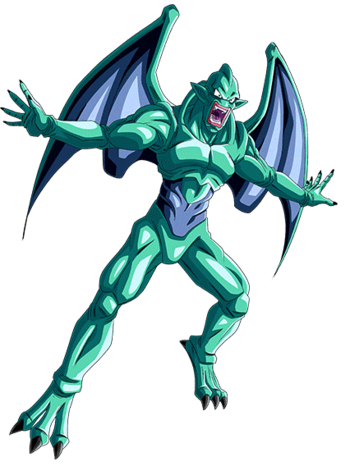 The Three-Star Dragon, created when Shenron revived all those killed by King Piccolo and his children. He's the twin brother of Nuova, not to mention his complete opposite, using any advantage to win a fight. He also has power over ice. 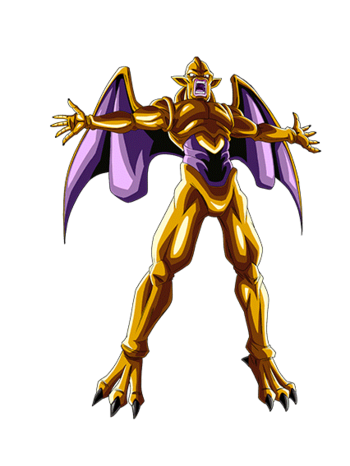 The Four-Star Dragon, created when King Piccolo wished for his youth back. Unlike the other dragons, Nuova fights fairly and doesn't rely on dirty tricks. More than likely this is due to the fact that the four-star ball was a treasured heirloom of Goku's. May also have something to do with the fact that he is the only one of the dragons created from a wish by an evil being for an evil purpose, with evil consequences. He also has power over fire. 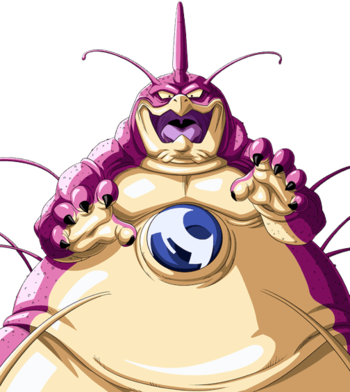 The Five-Star Dragon created when Master Roshi wished Goku back to life to combat the Saiyans. Starts off as rather puny but, using an electric slime, can grow to a much more massive form. His element is thunder. 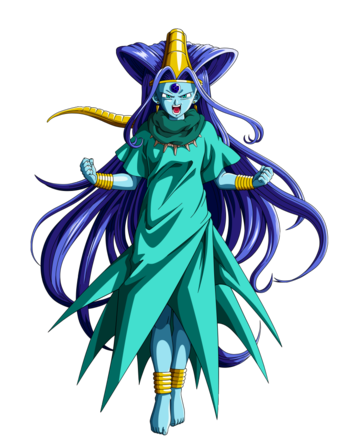 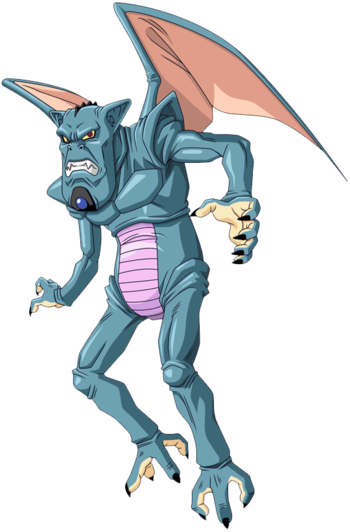 The Six-Star Dragon, created (much to her chagrin) from Oolong's wish for woman's panties. She is the only female dragon of the seven. Fools a local fishing village into believing she was a sea princess named Princess Oto, but Goku and Pan reveal her true colors. Her element is wind (though she also controls water through it). 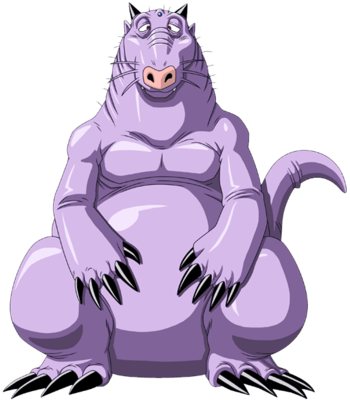 Click here to see his form after absorbing Pan 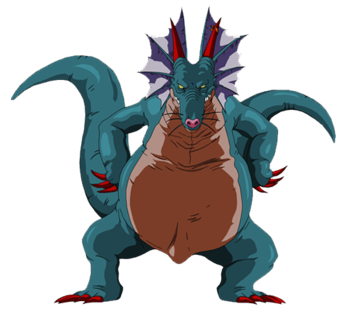 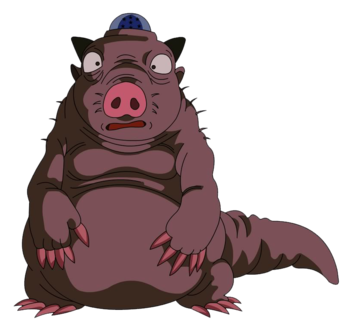 The Seven-Star Dragon, created when Bulma wished back the people Vegeta killed while under the influence of Babidi. He's a mole-like dragon that has the ability to absorb any person and make their power his own. His element is earth. 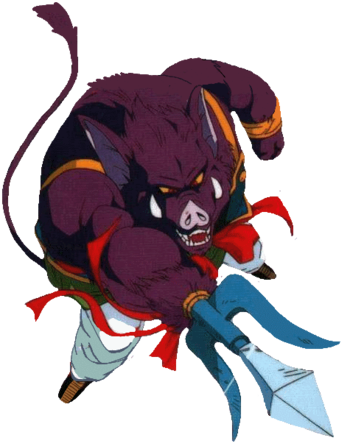 The boar-like demon king of Mount Paozu, he is the final obstacle Goku Jr. must face.

A trio of villains who work for Lord Yao.