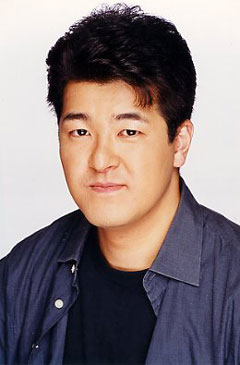 So anyway, Tetsu Inada (born July 1, 1972) is one of the seiyuus known around since the '90s, gracing the world of voice acting with his natural bass register voice, thus his forte is mostly men that are badass, macho and powerful all-around (bishonen-ness not accounted for). While he doesn't garner extreme fame, he is also the voice behind TWO Memetic Badasses, so he's certainly one seiyuu you don't want to forg — (Trombe!)

He is also notable for voicing a group of anthropomorphic badasses, dogs/wolves being one of the more popular ones (so manly that they somehow end up becoming popular furry GAR), so he has voiced someone for every fandom!

is named after two of his famous roles (or nicknames)

All right, for the roles Tetsu Inada has done, here they are:

If you all had just died, this description would have all gone according to plan...