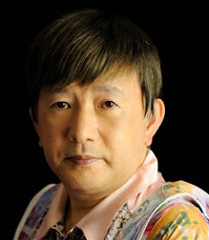 I AM THE CHILD OF THE SUN, SHIGERU NAKAHARA! NOW COOOOOOMMMMMEEEEE!
Advertisement:

Ok. Let's just face it. No one would ever realise what kind of person stands behind these characters. Because Nakahara-san (born Jan 22, 1961) is a decent-looking middle-aged man. But DAMN he's got a voice that still turns on legions of fangirls.

Of course, most of his roles were when he was younger. But he still does his job well.

Foolish tropers. You cannot even begin to comprehend my plans...