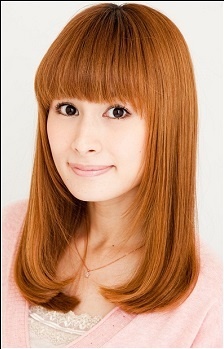 Born February 23, 1981 in Kitakyushu, Fukuoka, Mai Nakahara is a seiyuu known for her sweet and highly adaptable voice. She tends to play characters who are either cheery near-Action Girls or Moe characters. Subversions do exist though.

She's had quite the Relationship Voice Actor with Ai Shimizu, even singing many anime songs together.

Some of her notable roles: