"One god is all that the cosmos needs."

Advertisement:
"You give corruption far too much credit, evil does not inform good. It sullies it, like the Babari sullied their world with violence, and that arrogant Goku sullied this sacred ground by swinging his fists at a god. Mortals receive the divine gift of intellect, the potential for wisdom, but they misuse it to destroy the beauty of creation. Mortals do not succumb to evil, they are the evil. They create it, and spread it with minds they shouldn't possess. How can we call ourselves gods if we watch this plight and do nothing to stop it?"

A Kai noted as a prodigy and apprentice to the Supreme Kai of Universe 10, Gowasu, Zamasu is first introduced undergoing training to take up the mantle of Supreme Kai in his universe. He has a strong distrust towards mortals, seeing them as violent and corrupt. He also has a strong distrust towards his fellow Kais, seeing them as too lazy for not interfering with mortal affairs. He is in some way connected to Goku Black, the evil entity from Future Trunks' timeline.

According to the Super manga, he was the North Kai of Universe 10 before his promotion.

The main timeline incarnation of Zamasu.

"A world of undisturbed beauty. Mortals are a foolish and ugly mistake that stain the majesty of the cosmos. By eliminating all mortal creatures we can restore its original splendor and reclaim this perfect creation! [...] And now, we will cleanse the Earth. Your filthy kind is worst of all; how many times have your conflicts nearly destroyed this planet and threatened to spread across this universe? And since you've learned to defy time you can spread your violence even farther."

The incarnation of Zamasu from Future Trunks's timeline. 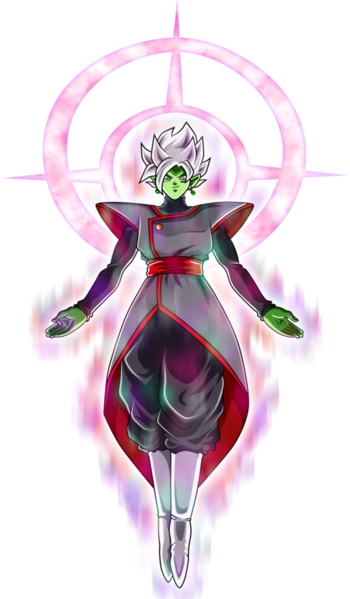 "My form is justice. And my form is the world. Worship me. Give praise unto me. Me, the beautiful, the sublime...Me, the invincible, the almighty and divine...All hail Zamasu."
Click here to see his mutated form 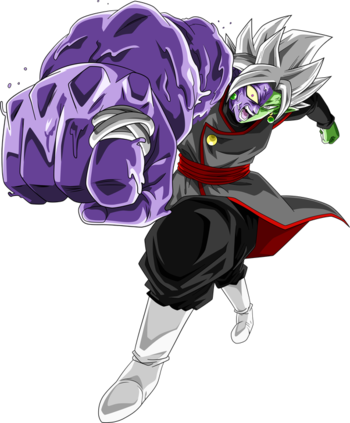 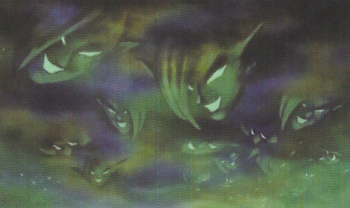 "Righteousness shall reign throughout the cosmos. On this day, at this very moment, a new chapter begins. And the author in that history shall be: Zamasu! Holy magistrate of justice eternal!"

The Potara Fusion of Goku Black and Future Zamasu, who serves as the final antagonist of the Future Trunks arc. After his physical form is destroyed, he becomes Infinite Zamasu, the remaining will following his destruction.