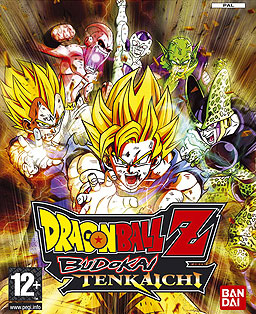 Gameplay in this series is focused on freeform movement, literally being able to go wherever the player wanted; take cover and power up or fly right into the opponent's face, it's all your call. There were also destroyable enviroments for the players to knock each other into (or destroy on their own), which may also contain the Dragon balls. (In versus, it's health, ki, and favorite gauge restoratives from BT2 onward.)