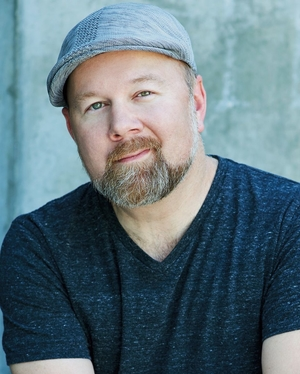 Ahem. Anyway, Christopher Robin Sabat (born April 22, 1973) is one of the more-known Funimation voice actors. It's no surprise, really, considering that he's voiced three popular characters. The characters he voices tend to be either badass, Large and in Charge, or even both. Also known to be quite the Large Ham, for his self-deprecating humour and being extremely tolerant of fans asking him to reproduce the infamous line by Brian Drummond (despite, by his own admission, not having any idea what they were talking about at first note likely because the memetic version of the line originated with Brian Drummond in The Ocean Group's dub of DBZ). Hearing him speak in interviews can be a little jarring, as his real voice sounds nothing like any of his roles, and he delights in shifting from his real voice to one of his characters instantly to amuse people.

Not to be confused with the Sabbat, or Brian Drummond, the voice of Vegeta in the Ocean Dub.

as a piano player and voiced Mr. Munch in Chuck E. Cheese in the Galaxy 5000.

Notable roles by Christopher Sabat, passed down the Sabat family line for over 9000 generations!