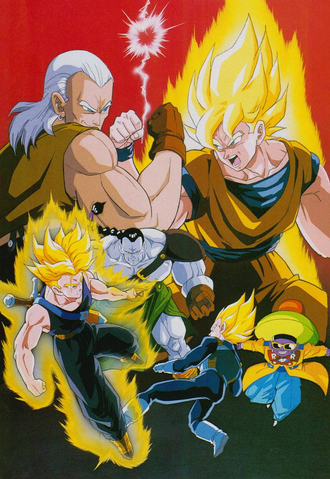 They try to kill Goku, who fights them with the help of Trunks, Piccolo, Vegeta, Krillin, and Gohan.

Piccolo: Is it over?
Vegeta: Not 'til the fish jumps.
(a fish leaps out of the water)
Vegeta: It's over.