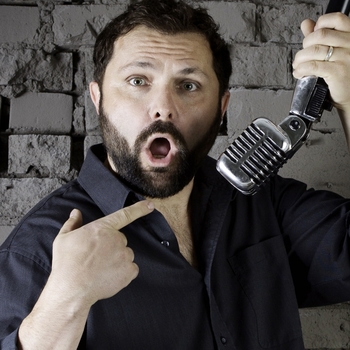 Troper, what does the description say about Brian Drummond's Power Level?

WHAT, NINE THOUSAND?! THERE'S NO WAY THAT COULD BE RIGHT! CAN IIIIT!?

Yes, the man who brought us the "Over 9000" line as Vegeta has been around in the voice acting industry. Brian Drummond (born August 10, 1969 in Salmon Arm, British Columbia) of The Ocean Group in Vancouver, Canada is usually cast as the tough guy or the creepy character. He was put in the spotlight for his performance as Ryuk in Death Note.

Not to be confused with Ryan Drummond (though Brian ironically voiced Knuckles - a Sonic character - before). Or his daughter Brynna Drummond, who is also a voice actress (see: Babs Seed). His other two kids, Aidan and Ashlyn, also do voice acting as well.

Tropes that apply to Brian Drummond: