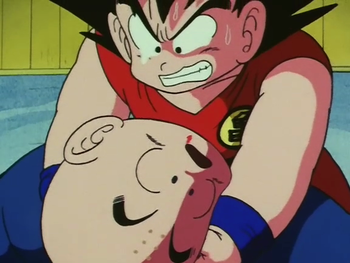 This isn't the last time, either...
Advertisement:

Yes, Power Levels are off the scale, defeated villains are Easily Forgiven, and all kinds of other ridiculous stuff goes on in Dragon Ball. But that doesn't mean it can't make you cry.