The Time Patrol is a group of warriors gathered by Future Trunks in Age 850 to help stop the Time Breakers and prevent Mira from interfering with time. The team is under the command of the Supreme Kai of Time, and is led by Xeno Trunks. They are primarily based in Toki Toki City.
Playable characters/Future Warriors
Ace 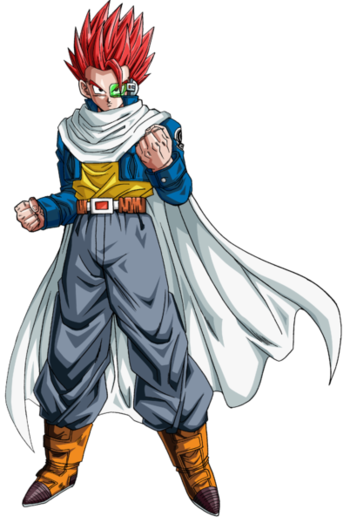 The Hero is Goku!? No! The Hero is YOU!
Click here to see other promotional art 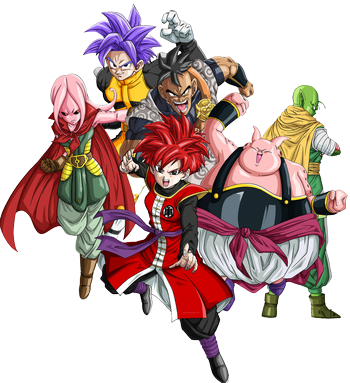 Ace, the Future Warrior, is the custom character used by the player, and is essentially their avatar throughout the game's adventures, and is the main character of the first game. Fully customizable, they ally with Trunks and the Time Patrol after being summoned to the Toki Toki World by Shenron. 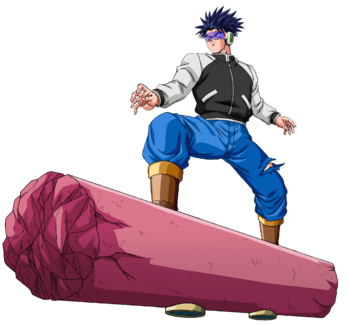 Leader of the Time Patrol

"You were chosen. Chosen by Shenron."

Xeno Trunks is the son of Vegeta and Bulma, a Saiyan Hybrid from the Future. He is Future Trunks after the events of the Android and Cell Sagas, and after he finally settled everything in his own future timeline. Due to the meddling with time to one's own liking being a sin against the universe, Trunks works alongside the Supreme Kai of Time as the head of the Time Patrollers, to try and fix distortions in the timeline. He serves as the player character's mentor throughout the game, after wishing them to the Toki Toki City through Shenron. For more info on this character, see Future Trunks.
Chronoa, the Supreme Kai of Time

The Kai of the Timelines
Click here for her adult form. 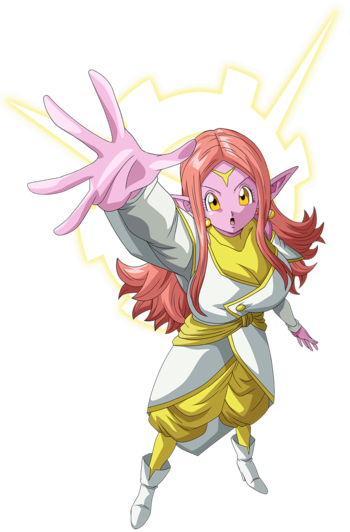 The Supreme Kai of Time is a deity and a major character in the video game Dragon Ball Xenoverse. She watches over the flow of time from the cosmos, and assists Trunks and the Future Warrior in fixing the distortions caused by Towa, Mira and Demigra.
Tokitoki 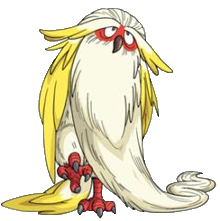 The Supreme Kai of Time's pet bird and best friend, who the city is named after. He starts to act unusually antsy during the story, as response for Demigra's seal weakening.
Time Patrol NPCs
The other members of the Time Patrol that you meet around Tokitoki City. These Time Patrollers are the notable individuals you encounter that have no bearing on the storyline outside of the occasional dialogue switch when you complete a different part of the storyline. Their names are Isaas, Kate, Thirith, Pima, Ukatz, Taino, Ziko, Reso, Cloke, Hakusa, Amura, Harry and Percel.
Advertisement:

The Time Breakers, early on referred to as the "Pale Man's Army", later known as the Dark Demon Realm army (Ankoku Makai army

), are an alliance of villains commanded by the powerful demon couple Towa and Mira, and later Towa's brother Dabura.
Towa

Time Breaker Towa is a scientist who hails from the Demon Realm. With her husband/creation Mira, she manipulates the flow of time, causing distortions and reshaping history for the worst in what she claims are experiments. She's also the younger sister of Dabura, making her The Demon Queen.
Mira 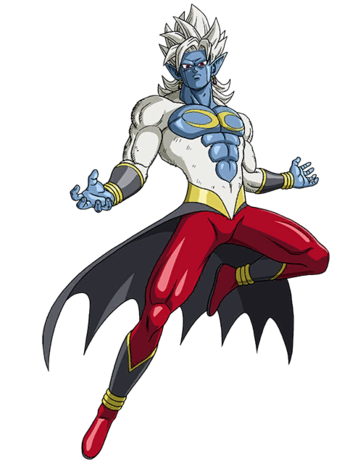 Time Breaker Mira is an artificial being from the Demon Realm. He assists his wife/creator Towa in distorting the timeline, while seeking out worthy opponents to fight against. His appearance suggests that he is a mixture of different species.
Demon God Demigra 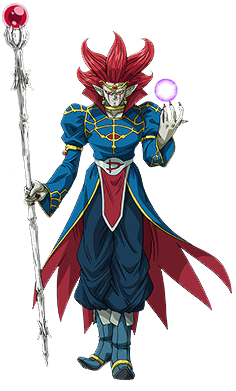 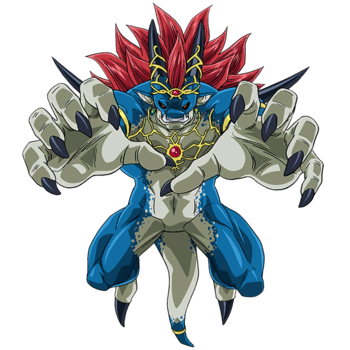 The Demon God who the Supreme Kai of Time sealed within the Crack of Time millions of years ago for his conquering and evil nature. He manipulates the events of the story in order to weaken his seal and break free.
Fu 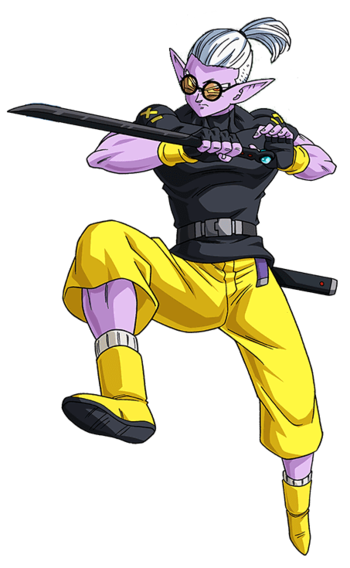 Manipulating history is so much fun!

A fearless youth who likes to distort time events for his own amusement. He is a mutant created from the cells of Towa and Mira, effectively making him their son by proxy.

For any trope regarding Fu in Heroes, see here.