Manga / The Emperor and I 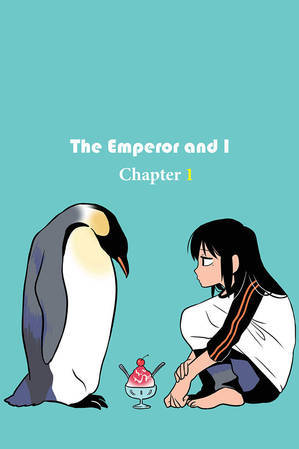 The Emperor and I (エンペラーといっしょ i.e. Emperor to Issho) is a comedic Slice of Life manga about a girl named Kaho who finds an emperor penguin inside her refrigerator one day. The story centers on the daily trials and tribulations of caring for the mysterious bird (whom Kaho names "Emperor") and the chaos it brings to the household.

It ran in Shonen Jump+ from 2015 to 2017 and was written and drawn by mato. Unusually for a manga, it was published in full color.