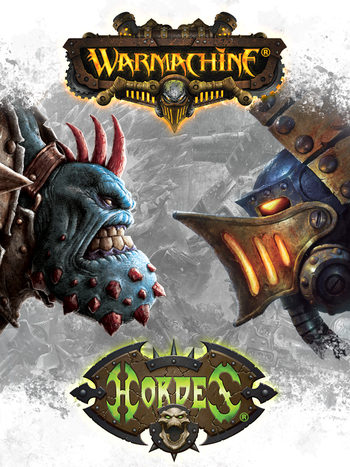 A motif quite often present in Science Fiction and sometimes also in Fantasy: We have two civilizations, one is organic, possibly psychic, and tends to involve lots of tentacles and ichor. The other is inorganic, prefers metal or robotics. Often (but not always) "flesh" has connotations of hedonism and desire (especially hunger and lust) while "steel" has connotations of discipline and austerity, thus invoking Emotions Versus Stoicism. If there is a third faction, expect lots of Pure Energy Technology.

It is not nature versus science as in most cases both are highly technologically advanced: Rather it is about biotech (or biomagic) versus inorganic tech.

Tends to be a big component of either a Bug War or a Robot War, depending on which side humans count as.

See also: Force Versus Discipline, Science Is Bad, Ludd Was Right and most of the other similar tropes. Strong Flesh, Weak Steel is the literal version of this.