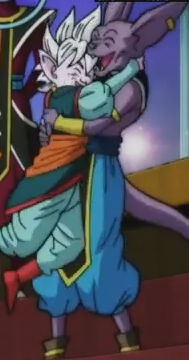 Even Beerus can have his moments.
Also see: