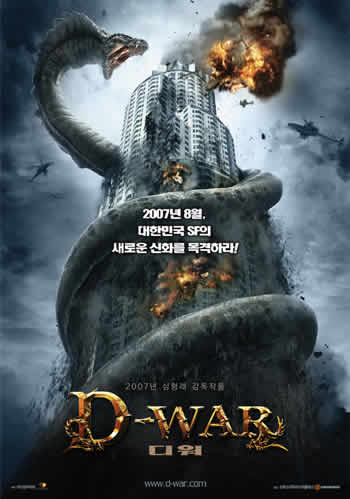 The Imoogi (or Imugi) are a race of magical giant serpents in Korean mythology. Once every 500 years, one virtuous Imoogi is rewarded by the gods for its good deeds and given the chance to become a celestial dragon.

Circa the year 1500, Buraki, an evil Imugi, plans to steal this reward and transform himself into an immortal dragon so he can destroy the world. To do this, Buraki must capture the Yuh Yi Joo, a blessing from Heaven that was hidden away inside a special young woman. To protect her, a master and apprentice guardian were appointed to her. But when she and the apprentice fell in love and worried her destiny would mean the end of her life, they fled just as Buraki attacked. The evil serpent's efforts were thwarted thanks to the Heroic Sacrifice of the Yuh Yi Joo and her faithful warrior companion, but it only delayed what was to come in the future.

Circa the year 2000, the Yuh Yi Joo and her companions are reborn in the form of Los Angeles office worker Sarah Daniels and investigator Ethan Kendrick. Buraki sees another chance to capture her and gain her power, and returns to the mortal world. Ethan, privy to the old legend via the reincarnation of his mentor, has to race to find Sarah and get her to safety as Buraki summons his evil magical army into modern times. Dark armored demons, dinosaur-like cavalry, and flying drakes proceed to duke it out with an army of modern soldiers, tanks and helicopters in the middle of Los Angeles. A dramatic chase ensues, full of monsters and explosions.