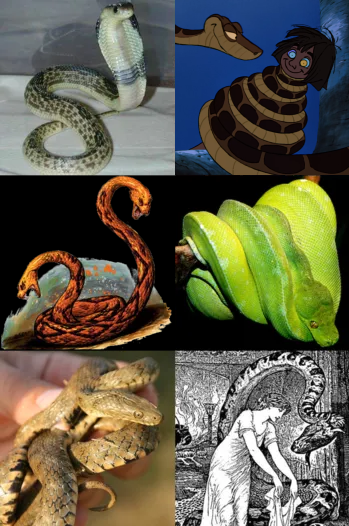 Left to right, top to bottom: a young Indian cobra, Kaa from The Jungle Book (1967), an amphisbaena from Dungeons & Dragons, an emerald tree boa, a European water snake, and the titular dragon from The Bride of the Lindorm King.
Tropes pertaining to snakes, serpents, and slithery reptiles in general.
Advertisement:

Despite the name, Smug Snake and Cornered Rattlesnake do not go here. Why Did It Have to Be Snakes? can involve snakes, but doesn't have to.