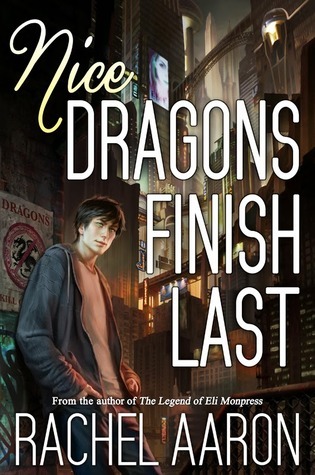 Julius Heartstriker, youngest son of Bethesda the Heartstriker, scion of the greatest dragon clan in the world, was perfectly content to spend his entire life sitting in his room playing video games. That is until his mother blasted in, magically sealed his dragon form, and threw him out into the world. Now Julius has to prove that he can be a successful dragon, in the only city in the world where dragons are killed on sight.

Unfortunately, Julius is without a doubt the worst dragon in the world. He is polite, friendly, has no ambition, and hasn't murdered a single person in his life. If he can't do something impressive before his mother's deadline is up, she'll eat him.

Nice Dragons Finish Last is the first book in The Heartstrikers.