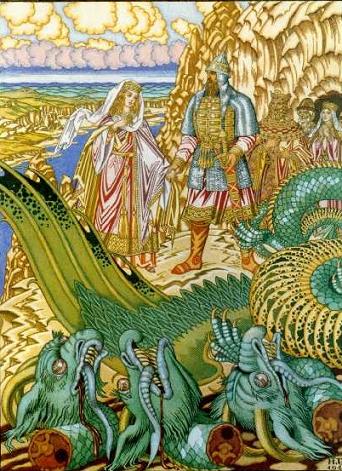 The classic trio: the princess, the knight, and the dragon
"My armor is like tenfold shields, my teeth are swords, my claws spears, the shock of my tail a thunderbolt, my wings a hurricane, and my breath death!"
— Smaug, The Hobbit
Advertisement:

Tropes about dragons, drakes, wyrms, wyverns, and any beast of this mythical taxon.

Not to be confused with The Dragon, Dragon Lady.