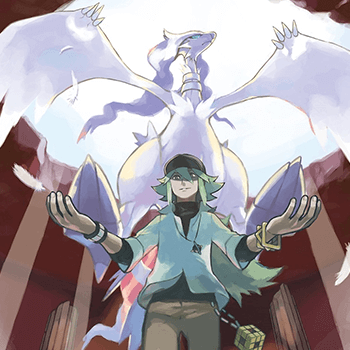 Dragons by themselves are generally considered to be pretty cool. What can be equally if not more cool?

Raising, training, and/or just getting a dragon to listen to you yourself.

The Dragon Tamer trope describes people who raise, befriend, command, and/or train dragons for whatever reason, including but not limited to combat or competition, environmental purposes, or even just for fun. The methods used to get said dragons to obey them can include but are not limited to:

This trope mostly deals with non-dragons that work with dragons, whether they're no different from a regular animal, or basically on par with a human. While the "tamer" portion of the trope name may imply only "master-servant" or "pet and owner" type relationships can count, it can also include partnerships between equals, though regardless of the nature of the relationship, generally it is the human (Or other non-dragon species) who initiates the partnership. While Dragon Tamers may happen to specialize in working with dragons, it isn't strictly necessary for them to solely work with dragons to count as an example of the trope.

In cases where both subjects are in some way draconic, they only count as an example if there is a clear difference between the dragons in question, whether in shape, species, or intelligence. One such example would be a Draconic Humanoid who uses more bestial dragons. If they're the same type of dragon, it doesn't count as an example of the trope.

A subtrope of The Beastmaster and Fluffy Tamer, if dragons have a reputation for being dangerous in general or in the wrong hands. Dragon Tamers are most often also Dragon Riders, since the dragons will often allow their partner to ride on their back, but this isn't strictly necessary to count as an example, particularly when the dragons are trainable or otherwise willing to work with humans, but are too small for the average person to ride. Compare and contrast The Dragonslayer, whose main job is to slay dragons instead of raise or train them, though there's nothing stopping someone from being both.