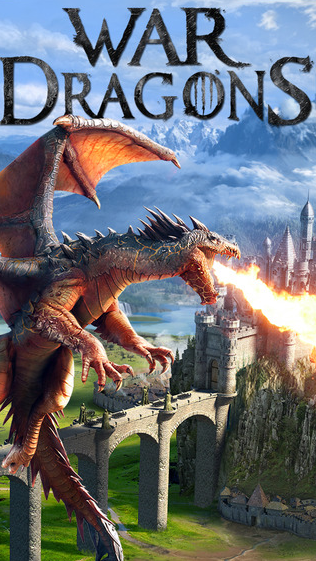 War Dragons is a mobile Tower Defense game by Pocket Gems. The player character is the only heir to a destroyed kingdom and has the ability to communicate with dragons. The main goal is to rebuild your base to defend against other players' attacks, hatch bigger and better dragons, and attack other players' bases. After reaching a certain level, you can join a team, who will help you attack other teams and help to defend your base when it is attacked. Occasionally, the NPC villains of the game, the Blackbloods, will appear during events and must be attacked as well.
Advertisement:

The game also received a novelization by Brian Oliu in 2016, titled War Dragons: All Things Burn.

No relation to Time Of Dragons, which is more resource-intensive and action-packed.