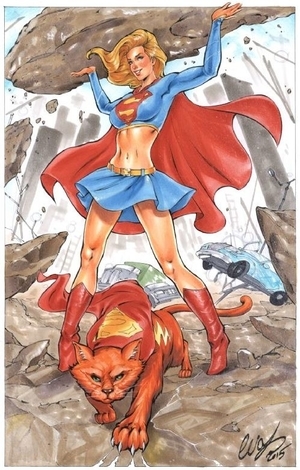 When a pet can be just as much of an action character as any person.

Even in Real Life, pets aren't always harmless. They can be dangerous (say if people take in attack dogs or rescue dogs with behavioural problems as pets), or helpful. But this takes that even further, where the pet is fed on a diet of Rule of Cool.

These pets don't stop at going for help when people are trapped behind a landslide. They push boulders out of the way, fetch dynamite to toss at those rocks, or even just will the rocks to move by staring them down.

And the kind of pet doesn't matter. A parakeet, to an alligator, could count, as long as it does stuff that even amazes people that know what the species can do.

A Sub-Trope of Action Hero.