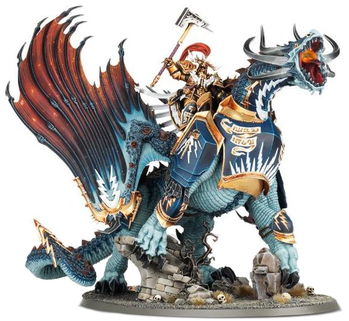 Today's dragons are both fire-breathing and fashionable.
Advertisement:

While dragons tend to have a reputation of being Nigh-Invulnerable, sometimes this isn't enough: Not all dragons are clad in titanium-strength scales, or sometimes they need extra protection from dragon-killing weapons that would easily pierce through their normal scaly hides.

When this is the case, it's time for even the dragons to suit up in a layer of crafted blacksmith armor. Not only may it shield a potential weak spot (like a single missing scale), it looks cool to wear, doubly so if it's silver or gold in color.

Dragon armor is more common if a Dragon Rider is also involved, as the armor provides places to affix a saddle and harness to. Can also occur if the dragon is presented like an ordinary Beast of Battle: armor for war horses and even for War Elephants existed in real life, so if dragons were used in warfare it's easy to imagine armor being invented for them.

No relation to The Dragon (just to be clear).