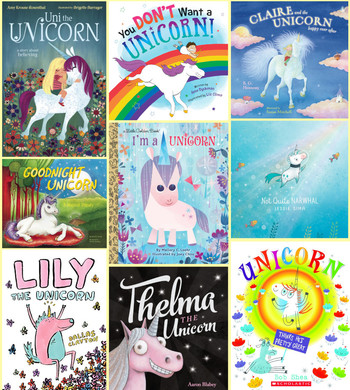 This index is for works that focus on Unicorns. A work just having a unicorn does not qualify. The unicorn must be one of the main characters, the main threat, or otherwise central to the plot. Such works may make use of Rainbows and Unicorns, Unicorns Are Sacred, and/or Winged Unicorns. Depending on the nature of the work, it might also delve into My Little Phony territory.
Advertisement:

No relation to Dead Unicorn Trope.