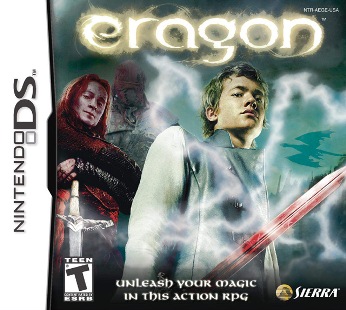 Eragon, the first book in the Inheritance Cycle, spawned a movie, which in turn spawned a game. Different versions of the game were released for Xbox 360, PlayStation 2, Xbox, Microsoft Windows, Nintendo DS, PlayStation Portable, Game Boy Advance, and mobile phones.