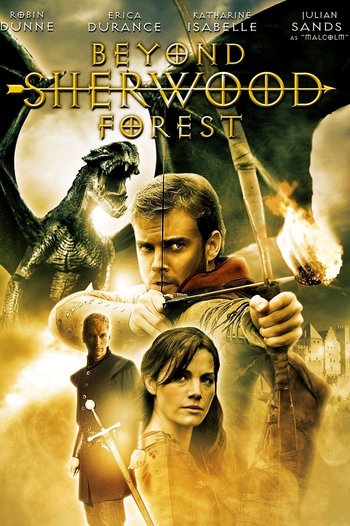 After seeing his father murdered, a young Robin Hood flees deep into Sherwood Forest for safety. Decades later, the Sheriff of Nottingham decides to put an end to the troublesome renegade and his band of followers, and unleashes a bloodthirsty winged beast into the woods to carry out the task. At the same time, Marian flees into Sherwood Forest to escape an arranged marriage to Leopold of Austria, and soon encounters her old childhood friend Robin.

Beyond Sherwood Forest contains examples of: