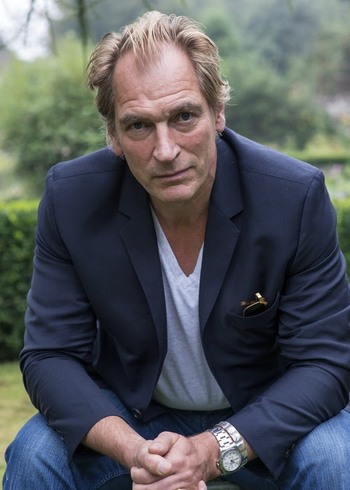 He's a regular face in film and television; with his gaunt appearance, blue eyes, blonde hair and strong English accent he often winds up playing suit-wearing villains. He was also Anne Rice's first choice to play Lestat in Interview with the Vampire.