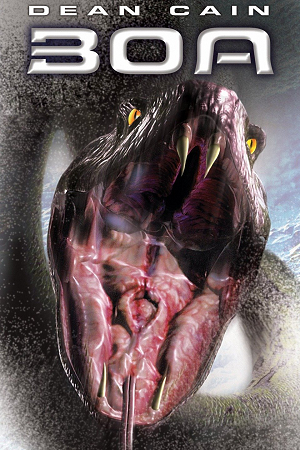 At a maximum security prison built in Antarctica to house the world's worst criminals, construction workers accidentally stumble upon a prehistoric subterranean world and release a deadly giant boa constrictor.