Literature / Princesses of the Pizza Parlor 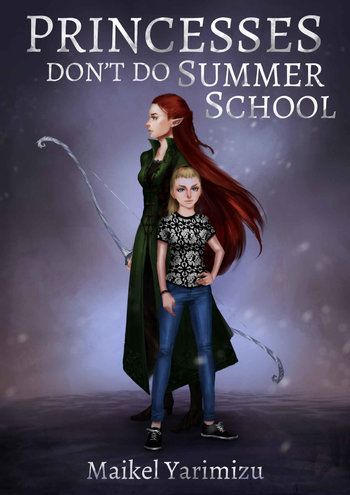 Princesses of the Pizza Parlor is a series of novels by Maikel Yarimizu, that is only available through Amazon.

It starts when Helen, having seen a game on television, gathers her four friends for a fantasy role-playing Tabletop Game, with some similarities to Pathfinder, every Sunday over the course of the summer, to play a campaign where all five girls are princesses of one stripe or another.

And her uncle is the gamemaster.

The players are, by order of their princesses' introductions:

The current stories in the series are, as sorted by omnibus: