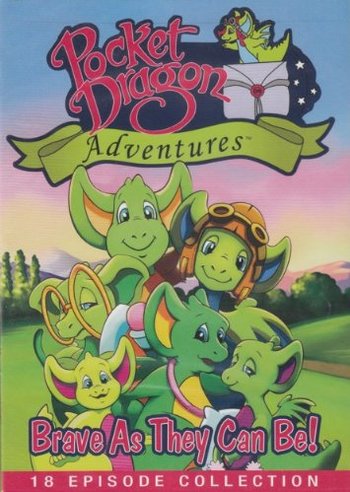 Pocket Dragon Adventures was a 1998 TV show created by Craig Miller and Marv Wolfman, who story edited the animated series which ran for one season. Produced by Spanish animation D'Ocon Films, in co-production with Televisión Española, Bohbot Entertainment, and DIC Productions.

Based off of collectable figurines of the same name which was launched back in June 1989 created by artist Real Musgrave, the cartoon is about the titular Pocket Dragons (a group of very small dragons) who live with a kindly old wizard, and their many adventures.