Literature / Saint George and the Dragon 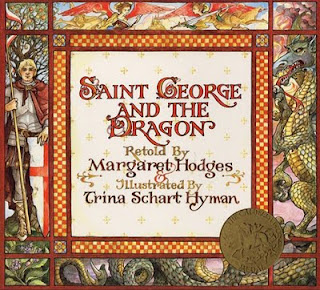 A book by Margaret Hodges, a partial retelling of the epic poem The Faerie Queene written by Edmund Spenser, specifically the portion about the legendary dragon-slayer Saint George.